The Permian Basin in May reported the largest monthly decline in oil and gas permits ever, down 47% from April, as applications by large-cap operators fell to their lowest levels in history, off by almost three-quarters, Evercore ISI said Tuesday. 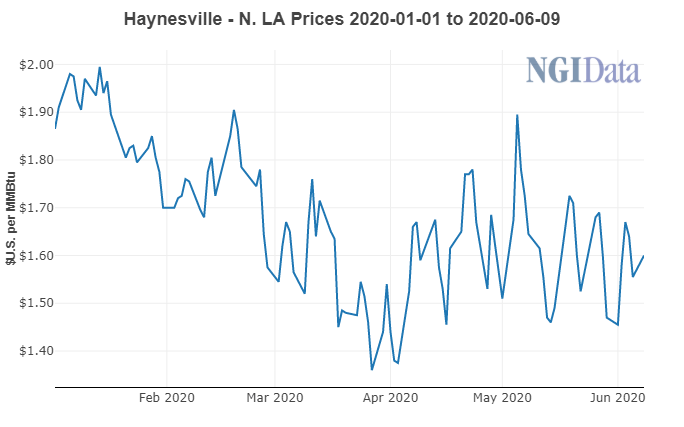 In Evercore’s monthly permit report covering U.S. activity across the country and in the Gulf of Mexico, analyst James West and his team said domestic activity plummeted to 1,072, off by 53% month/month and 63% year-to-date.

Only 102 natural gas permits were issued in May, down by 40% from April and the “lowest count in a decade,” Evercore analysts said.

The gas permit decline primarily came from the Marcellus Shale at 52, which was 41 fewer than in April. In the Utica Shale, only 14 permits were issued. The Haynesville Shale’s permit count dropped to 49, driven by a slowdown in Louisiana, down 34 from April, while activity in the Texas portion of the play was flat at 18.

The sharpest declines were in the West Texas portion of the Permian by large-cap exploration and production (E&P) companies, as well as from lower activity in New Mexico’s Permian, where permitting fell by 125 from April.

E&Ps also cut back in the Eagle Ford Shale of Texas, with permit filings at 43, down by 51 from April.

The year-to-date oil permit count stood at 8,837 at the end of May, off 65% from a year ago, according to Evercore.

While permitting fell back sharply in the Permian, it’s been no picnic in the Rockies, which has suffered the biggest decline since the start of the year. Permits stood at 1,174 through May, or 93% lower year/year.

“The collapse in the year-to-date permit count is also related to the downward activity in the Permian,” off 29%, and in the Eagle Ford, down 49% since the end of December, analysts said.

Permits granted to private operators represent the 45% of May’s total in the Bakken Shale, which contrasts with the Permian, where privates held around 34% of the applications.

In the Bakken Shale, injection well permits climbed from zero in April to three in May, while well plugging was up by one to 15. Plugging permits also rose month/month in the Haynesville to three from zero.

Well plugging permits in Texas jumped to 1,893, up 361 month/month, while wells permitted for water disposal and brine were at seven, down by eight. Through May, year-to-date plugging permits totaled 132, down 59 year/year.