Federal regulators on Friday issued a final rule that would allow the bulk transport of liquefied natural gas (LNG) in specialized rail tank cars in what could prove a boon for small-scale projects across the United States. 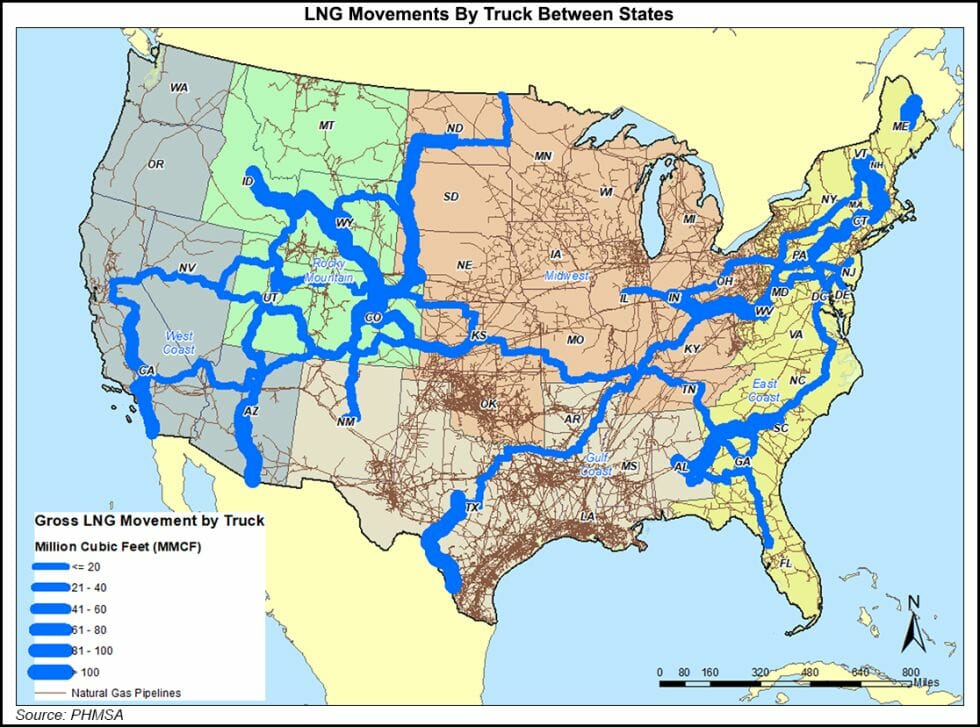 The Pipeline and Hazardous Materials Safety Administration (PHMSA) issued the final rule in conjunction with the Federal Railroad Administration (FRA). It is to take effect 30 days after being published in the federal register.

The rule authorizes the transport of LNG in Department of Transportation-113C120W tank cars, which PHMSA said have “an established track record of safety” in transporting other flammable cryogenic liquids. The rail cars have a thicker outer tank made of steel that is more resistant to puncturing. The agency also said that the transport of LNG will be subject to tighter operational controls such as enhanced braking requirements, remote monitoring and route analysis.

The controversial final rule follows a regulatory process that has been underway since 2018 to develop a framework to transport the super-chilled fuel. In early 2019, President Trump issued an executive order to speed up that process, which PHMSA said Friday has been satisfied with the final rule.

Federal regulators also approved a special permit last December allowing a New Fortress Energy LLC (NFE) affiliate to carry LNG by rail from shale fields in Northeast Pennsylvania to the shores of the Delaware River in New Jersey, where the company has proposed an export terminal.

Up until Friday, hazardous materials regulations didn’t authorize the transport of LNG by rail across the United States. Instead, a waiver had to be granted through the sort of permit NFE affiliate Energy Transport Solutions LLC received.

The FRA has in the past granted special permits to Florida East Coast Railway to move the fuel by simpler ISO, i.e. International Organization for Standardization, containers, which can be trucked to trains for transport. Federal regulators also approved a pilot program to move LNG by rail in Alaska. International railroads already move LNG or have tested propulsion systems.

Energy Transport Solutions’ permit indicated that it would start with single-car shipments, progress to multi-car shipments and ultimately unit trains, with 20 or more cars. The unit trains can carry about 3 million gallons of LNG, or about the equivalent of what 300 trucks could carry.

The new regulations could aid small-scale LNG projects in remote areas or help stakeholders at a time when larger export terminals are facing development hurdles amid a global gas glut and lower prices. Moving the fuel by rail could also help projects in certain parts of the country like those in the Permian Basin, where producers have flared off natural gas at record rates in recent years.