The U.S. unconventional boom is far from over, but exploration and production (E&P) operators face a “reality check” from an increasingly stringent regulatory environment and “very real limitations” to domestic natural gas and oil infrastructure, according to BDO USA LLP. 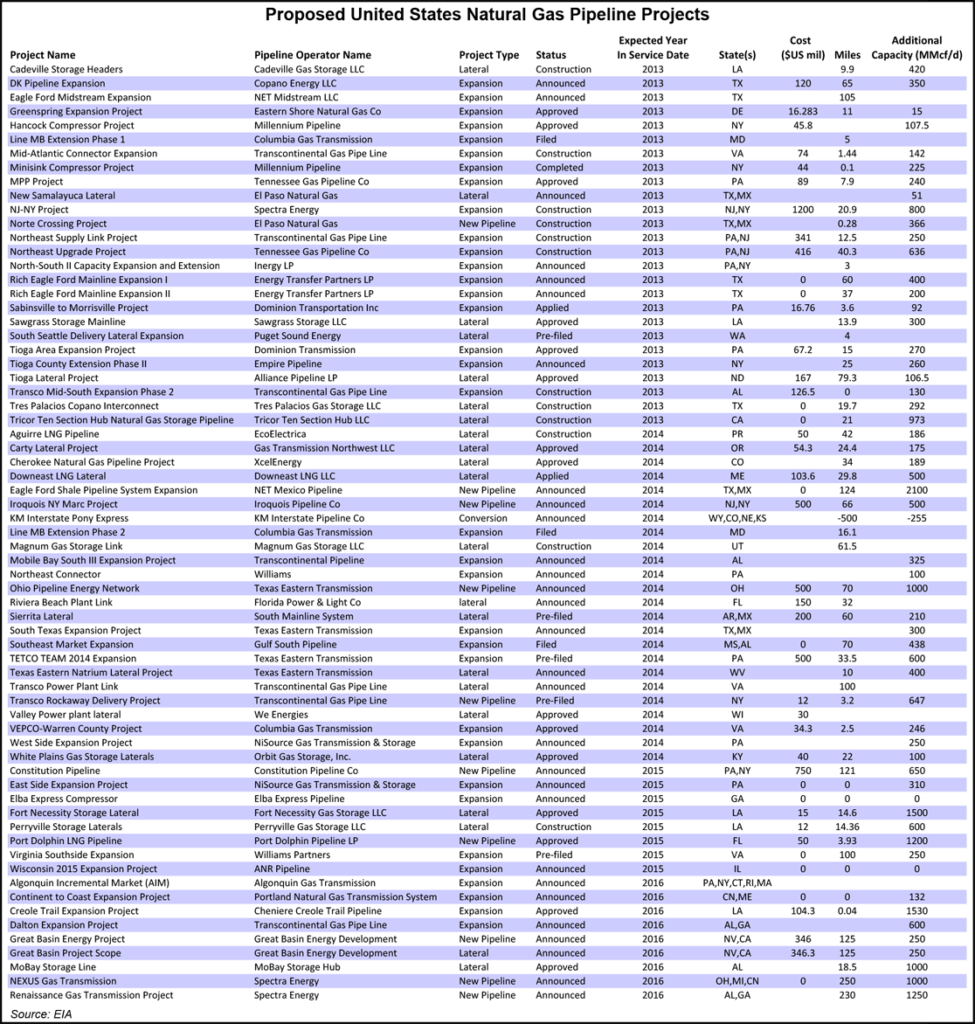 For the first time, hydraulic fracturing (fracking) regulatory risks have become a top 20 concern (No. 16), with 85% considering them a “threat” to operations. The risks for fracking have risen substantially since 2011, when about 52% said it was a big worry, and even last year, when 72% cited it.

There is “tempered optimism” about unconventional drilling, because gas and oil capacity is at “the intersection of infrastructure limitations and growing production volumes,” BDO researchers said. SEC filings indicate that “insufficient pipeline, storage or trucking capacity” is a bigger worry than it was in 2011, with 80% citing it this year, versus 63% in 2012 and 29% in 2011.

Of the 66 proposed natural gas pipeline projects in the United States, less than half have received necessary regulatory approvals, only a dozen have begun construction, and just one, the Millennium Pipeline expansion in New York, has been completed, according to the Energy Information Administration.

“2013 will serve as a reality check for U.S. oil and gas companies,” said BDO Natural Resource leader Charles Dewhurst. “The industry is butting up against some uncomfortable obstacles,” including opposition to fracking, strained refining capacity and a delayed decision about a portion of the Keystone XL crude oil pipeline from Canada. “Aspirations of U.S. energy independence will hinge upon the industry’s and government’s ability to find mutually agreeable resolutions to these problems.”

All 100 E&Ps said their No. 1 risk was still “volatile oil and gas prices,” the leading concern in 2011 and cited by all but 1% in 2012. Price risks this year were tied with “regulatory and legislative change,” the No. 1 concern for all E&Ps for three years in a row.

Three risks drew 96% of top concerns: the inability to expand reserves or find replacement solutions; natural disasters and extreme weather conditions; and environmental and/or health regulations. About 91% cited “changes in oil or natural gas demand” as an increasing threat, up from 87% in 2012 and 76% in 2011. The “impact of climate change and greenhouse gas legislation” also drew 89%, versus 81% a year ago and 69% two years ago.

E&Ps are increasingly concerned about “liabilities from pollution resulting from current or previous operations,” with 87% calling it a top threat. In 2011 59% of those surveyed said it was a top concern, while last year the risk had risen to 79%. Meanwhile, concerns about global geopolitical stability (82%), as well as commodity hedging tactics (77%), remain top concerns, but a previous top 20 risk, changes to federal income taxes, didn’t make the cut this year.