U.S. oil and natural gas leaders this week pledged to support Ukraine in light of Russia’s unprovoked invasion, which roiled financial markets around the world. 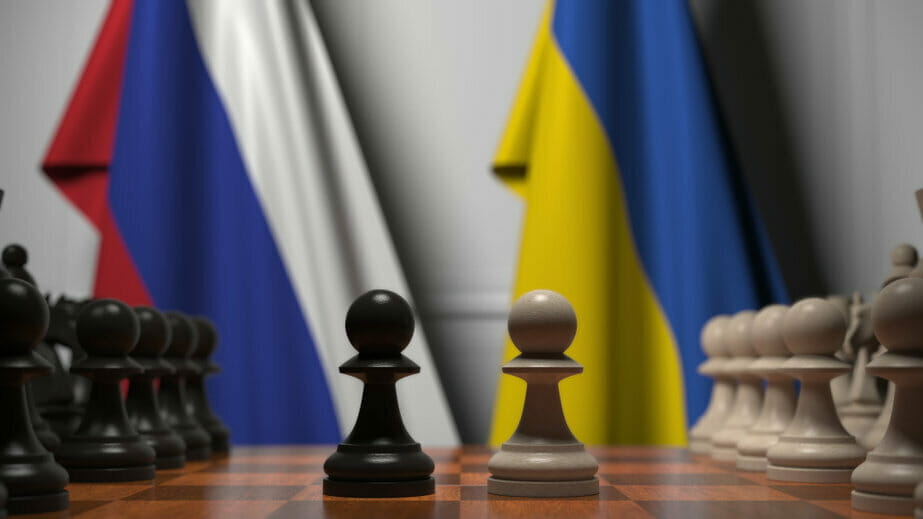 Russia’s attack against Ukraine, forewarned by Russian President Vladimir Putin for months, came on the heels of major sanctions by the United States and its allies. It also followed Germany’s decision to suspend the certification of the Nord Stream 2 (NS2) natural gas pipeline.

“Our industry’s ability to help Europe meet their energy needs is enabled by American innovation and federal and state policies that welcome natural gas infrastructure investment,” an INGAA spokesperson said. “We stand ready to work with the Biden administration to help our global allies and customers reduce strain on their energy supplies and specifically support Europe during this crisis.”

Chesapeake Energy Corp. CEO Domenic J. Dell’Osso Jr., during a conference call Thursday to discuss fourth quarter performance, shared his thoughts about the conflict. Chesapeake is one of the nation’s top natural gas producers, and it is working to expand liquified natural gas (LNG) options to ship supply overseas.

“The events unfolding in Eastern Europe…highlight the crucial role our industry can play in the energy security of the globe,” Dell’Osso said. “Being in a position to do so with as low a carbon footprint as we can, is more important than ever.”

Dallas-based independent Pioneer Natural Resources Co., one of the largest producers in the Permian Basin, joined in condemning Russia and offered support for Ukraine and European allies. “Russia has decided on a war of choice which will have negative impacts not only in Ukraine, but across the globe,” a spokesperson said.

Cheniere Energy Inc., the largest U.S. LNG exporter, also expects the Ukrainian conflict to have an outsized impact on its business and possibly its future decisions. Cheniere is one of the country’s biggest natural gas consumers and processes around 7 Bcf/d, roughly 7% of all U.S. production, according to management.

CEO Jack Fusco on a Thursday earnings call said the LNG market environment in 2022 has been “extremely supportive” for the business, but volatility and elevated prices should underscore why more investment in stable energy supplies is needed.

“I would say the fact that there’s a scarcity of LNG these days is driving more and more conversation on how to increase our infrastructure and secure long-term contracts for our European customers,” Fusco said.

Using U.S. LNG As A Weapon?

Researchers with Rice University’s Baker Institute for Public Policy said U.S. LNG production would be a critical weapon for western allies to create long-term change in global tensions with Russia.

“As was written more than seven years ago in the wake of the Russian occupation of Crimea, the U.S. has a  valuable counter punch to Russian actions that impact Europe’s gas supplies: LNG,” researchers wrote.

However, while U.S. LNG might be a powerful tool, the Baker Institute experts noted it is not ready to “seamlessly absorb a significant  supply disruption.” In the days ahead, how allies decide to act in the short-term may determine whether energy markets have the opportunity to replace whatever disruptions the conflict may create, they noted.

Officials of the Group of Seven, aka G7, also addressed how they are moving forward this week. The G7 is composed of the leaders of Canada, France, Germany, Italy, Japan, the UK and the United States. Leadership called for collaboration among the major oil and gas producers of the world to “stand ready to act as needed to address potential disruptions.”

In an address to the nation on Thursday, President Biden reiterated the need for collaboration by consuming nations to ensure supplies are stable. The administration may tap the Strategic Petroleum Reserve, as well as rely on allies as the needs warrant.

The president also warned that U.S. oil and gas companies should not take advantage of the situation.

“American oil and gas companies should not exploit this moment to hike their prices to raise profits and our sanction package has been specifically designed to allow energy payments to continue,” Biden said.

Western allies to date have largely excluded energy resources from the sanctions, excluding sanctioning NS2 and its executives.  This pattern continued, as Biden introduced more financial and economic sanctions. Four banks with Russian assets of more than $1 trillion were added to the list of sanctioned financial institutions, along with more Russian oligarchs and their families.

The president said sanctions on Russia’s sovereign debt, intended to cut off the country from western capital, had also been extended to state-owned enterprises to degrade the country’s industrial capacity “for years to come.”

Republicans are supporting a bill of sanctions for Russia. Sen. John Barrasso (R-WY), ranking member of the Senate Energy and Natural Resources Committee, included a provision that would remove regulations for exporting natural gas to NATO allies.