The slumping U.S. rig count continued lower during the week ended Friday, including declines in Oklahoma, Texas and Pennsylvania, according to data from Baker Hughes Co. (BKR).

Including a loss of five oil-directed units and three natural gas-directed, the United States ended the week with 822 active rigs, down sharply from 1,067 in the year-ago period.

The Canadian rig count fell to 142 units after factoring in the departure of nine oil-directed rigs and the addition of four gas-directed. Canada had 198 active rigs at this time last year, according to BKR.

The combined North American rig count fell to 964 for the week, down more than 300 units from the 1,265 rigs running in the year-ago period.

Among major plays, the Marcellus Shale dropped two rigs from its total week/week, falling to 40 active units, versus 54 a year ago. The Granite Wash, Haynesville Shale, Mississippian Lime and Permian Basin each dropped one rig week/week.

Among states, Oklahoma dropped three rigs to fall to 51, down from 144 a year ago. New Mexico, Pennsylvania and Texas each dropped two rigs from their respective totals, while Alaska and Colorado each dropped one, according to BKR.

Louisiana and Utah each added two rigs overall during the week.

CEO Chris Wright and his team discussed the slowing demand for hydraulic fracturing (fracking) during a recent conference call.

“The slowing pace of frack activity in the second half of 2019 is leading to a further reduction of demand for frack fleets, resulting in pricing pressure on services,” Wright said. “We expect that the industry slowdown in fourth quarter completions may be more severe this year than it was last year as operators face capital constraints and manage completions to fixed capital expenditure budgets.” 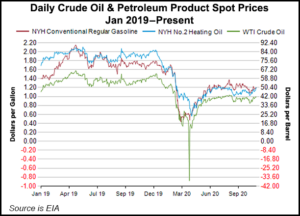