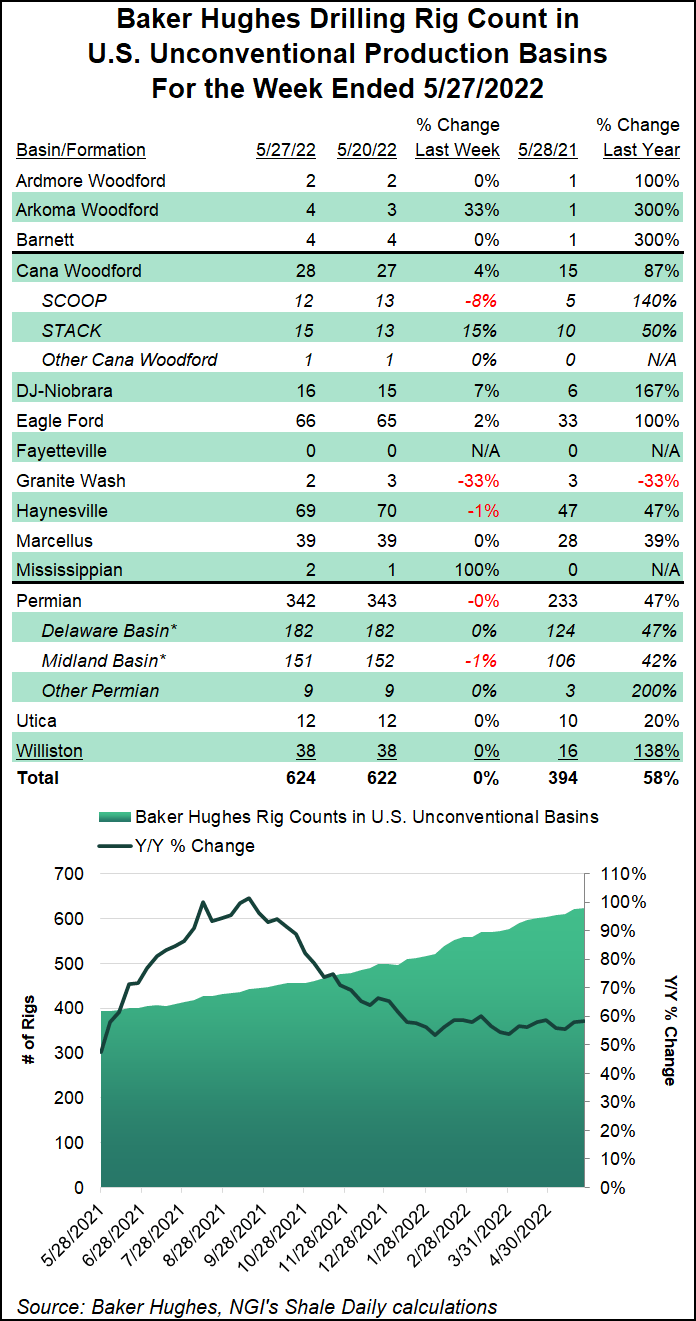 Total GOM rigs fell two units to 15 for the period, while land drilling increased by one rig overall, according to the BKR numbers, which are based partly on data from Enverus.

Changes domestically for the week included a two-rig decline in oil-directed drilling, partially offset by a net gain of one natural gas-directed rig. The 727 active U.S. rigs as of Friday represent a 270-rig increase over the 457 rigs active in the year-earlier period.

Three directional rigs exited the patch in the United States for the week, while two horizontal rigs were added. Directional drilling was unchanged week/week, the BKR data show.

The Canadian rig count, meanwhile, surged 15 units higher to reach 103 for the period, with the net increase entirely resulting from a jump higher in oil-directed drilling. The Canadian count ended the week 41 units ahead of its year-earlier total of 62.

Broken down by major basin, there were small adjustments spread across a variety of drilling areas during the week, according to the BKR numbers. The Arkoma Woodford, Cana Woodford, Denver Julesburg-Niobrara, Eagle Ford Shale and Mississippian Lime each saw net increases of one rig. On the other side of the ledger, the Granite Wash, Haynesville Shale and Permian Basin each posted one-rig declines.

According to the most recently available Energy Information Administration (EIA) data, American crude producers in the week-earlier period held output at the high point for the year, while demand for petroleum products was flat week/week amid soaring prices.