Would-be exporters of liquefied natural gas (LNG) from Canada’s West Coast and from the Lower 48 face multiple challenges. Up north the main worry is pricing and securing contracts to support the project, while down south the main threat is of a regulatory/political nature, according to an analysis by the International Gas Union (IGU).

At the heart of political risk to U.S. export projects is the slowness with which projects have received non-free trade agreement (FTA) authorization from the U.S. Department of Energy (DOE); so far, only three have received it (see Daily GPI, Aug. 8). This is coupled with the need for licenses from the FERC as well, with the Federal Energy Regulatory Commission approval process “much longer and more expensive to complete” than that at the DOE.

“Projects that are able to move most quickly through the review process (especially at FERC) will be able to secure financing and start construction before projects that have faced delays (like projects proposed in Oregon) or those that have filed much later,” IGU said in its latest World LNG Report, released Wednesday.

In Canada, projects that would export from British Columbia (see Daily GPI, July 9) face far less political risk that those in the U.S. But the Canadian projects don’t have the benefit of being developed on the back of existing regasification terminals, as is the case with most of the U.S. projects, which greatly reduces costs.

“…Canada is much more accustomed to energy exports on a large scale (both oil and gas),” IGU said. “The government has approved export licenses for those projects that have applied fairly quickly, stating that the major determinant for approval is whether or not a project will cut into domestic gas requirements.”

Commercial risk is what threatens the Canadian projects the most. The need for greenfield facilities, as well as the relatively early stage of shale gas development in Western Canada — compared to the United States — and the need for an expensive pipeline from eastern BC mean project costs are higher.

“These factors are exacerbated by the tension between Asian buyers’ insistence on Henry Hub pricing and the sellers’ preference for oil-linked prices — a difference that so far has been hard to reconcile,” IGU said. “Exporting Henry Hub-linked LNG is risky because it forces sellers to produce no matter what happens to Henry Hub [prices] at a production cost largely divorced from the Hub.”

IGU noted that some Canadian projects include among their backers in the upstream and liquefaction components Asian LNG offtakers, as is the case with LNG Canada (see Daily GPI, Feb. 6) and Pacific NorthWest LNG (see Daily GPI, July 8), which mitigates the price risk.

Back in the United States, Gulf Coast projects aren’t immune to price risk at Henry either, the report said. IGU overlaid the commercial terms of contracts signed at Cheniere Energy’s Sabine Pass export project atop recent gas price history. Over the last five years, U.S.-based LNG would have been cheaper than oil-linked LNG delivered into Japan only since 2010, IGU said.

“Should Henry Hub rise above $5-6/MMBtu or oil prices fall in the near term, projects that have yet to sign contracts may be delayed as the appetite for U.S.-based LNG diminishes,” the report said. 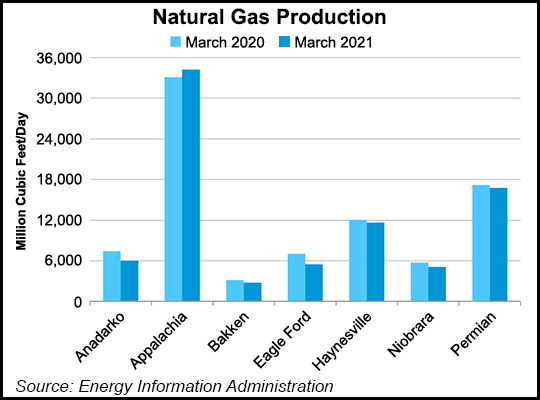