A coalition of 14 attorneys general (AG) wants to close the door on approving shipping liquefied natural gas (LNG) by rail in the United States. 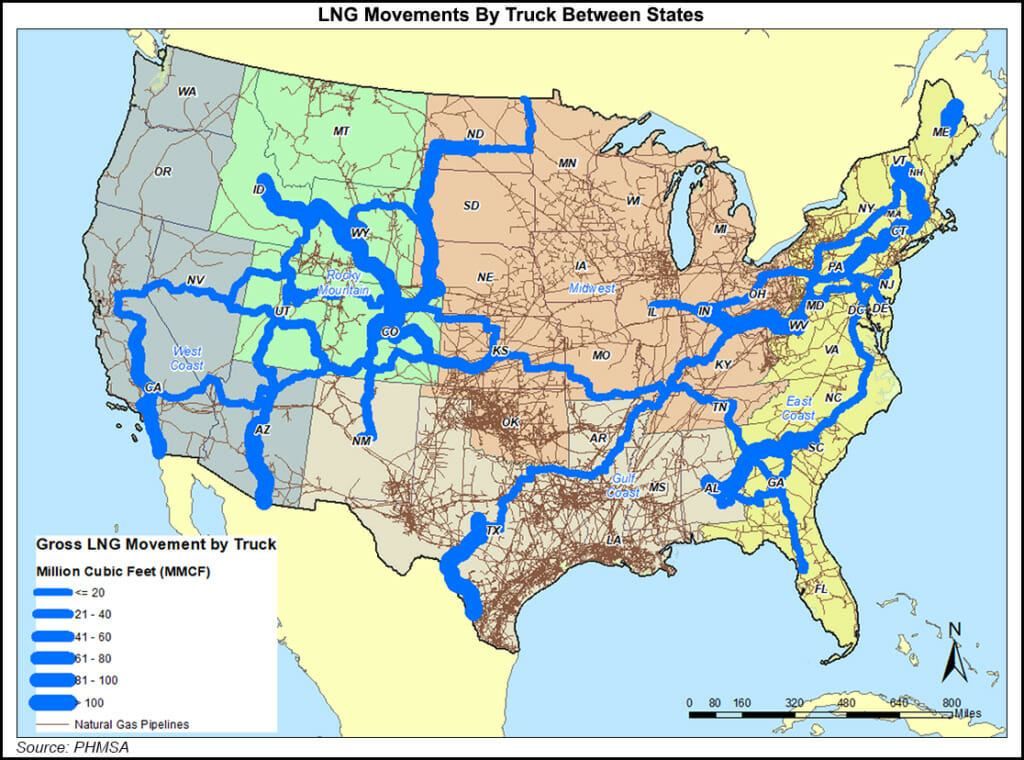 Last November, the PHMSA suspended a final rule approved by the Trump administration in 2020 that allowed bulk transport of LNG in specialized rail tank cars.

The federal agency referenced concerns about public and environmental safety in announcing the suspension. The PHMSA also framed the move as necessary to help companies interested in shipping LNG by rail from investing in infrastructure that would likely change with further regulations.

However, instead of enacting more thorough regulations, the coalition called for “prompt suspension” of the final rule indefinitely. The AGs claimed it was based on flawed safety assessments.

The comments also questioned whether the agency ignored proper accounting for emissions and didn’t consider possible impacts on vulnerable communities when the final rule was approved.

“Accordingly, while repeal of the 2020 rule would be the most durable corrective action, the states support prompt suspension of those regulations in the meantime,” the coalition wrote in comments to the Biden administration. Many of the same AGs submitted comments against the final rule when it was proposed in January 2020. The AGs also had joined a lawsuit against the rule in August 2020.

No LNG was transported by rail between the final rule’s approval and the PHMSA’s November suspension. The PHMSA said it was intended to ensure shipments didn’t occur before the rulemaking was completed, which is expected by June 2024.

The rule was created after a 2019 executive order by the Trump administration, which prompted the Department of Transportation to regulate LNG the same “as other cryogenic liquids and permit LNG to be transported in approved rail tank cars.”

The coalition again questioned those considerations in its comments last month. It argued that regulators lacked sufficient data to understand what safety implications shipping large-scale LNG by rail car could pose to communities across the country, especially in worst-case derailment scenarios.

In comments that echo arguments from environmental advocates critical of expanding the domestic LNG industry, the coalition didn’t only focus on safety issues in its comments.

By allowing companies a new avenue to transport LNG, the AGs argued that the rule opened the door to a cascade of events that would potentially create more greenhouse gases from LNG production and liquefaction.

The AGs wrote that they agreed with the PHMSA’s assessment that the rule could be a potential economic benefit, but “more recent science has underscored the urgency of limiting such additional production for avoiding the worst consequences from anthropogenic climate change from indirect emissions.”The PHMSA has tasked the National Academy of Sciences’ Transportation Research Board with compiling further information about the transport by rail rule. The agency reported in November that it was still expecting a second report from the board this year.