The U.S. natural gas rig count climbed two units to 83 for the holiday-shortened week ending Wednesday (Dec. 23), while Canada saw a notable drop-off in activity ahead of the Christmas holiday, according to the latest figures from Baker Hughes Co. (BKR). 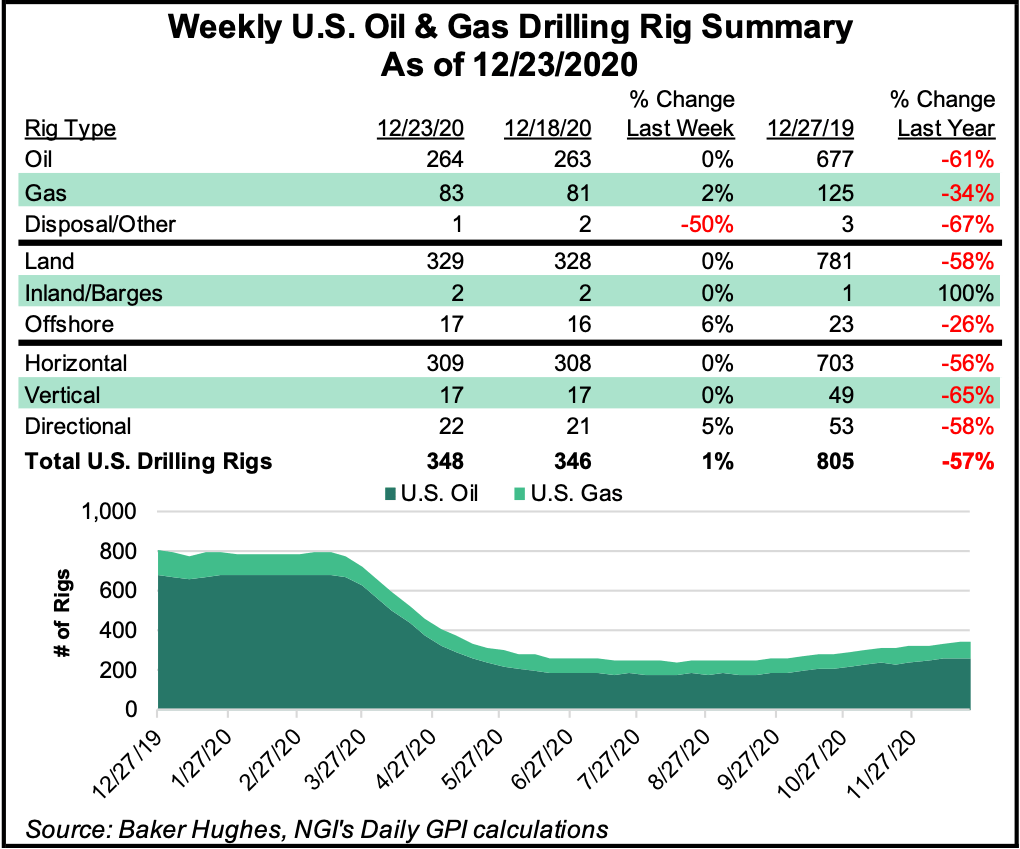 After some shuffling around in the major U.S. onshore plays, the overall domestic rig count added two units to finish at 348, including an increase of one oil-directed unit, offset by the loss of one miscellaneous unit.

The combined U.S. tally finished the week more than 450 units below the 805 rigs active at this time last year, according to the BKR numbers, which are based on data provided in part by Enverus.

Land drilling increased by one rig, while one rig returned to action in the Gulf of Mexico during the week. One directional unit and one horizontal unit were added, while vertical rigs remained unchanged week/week.

The Canadian rig count fell 20 rigs week/week to drop to 82, with the net decline split evenly between oil- and gas-directed units. The Canadian count ended the week 17 rigs behind its year-ago total.

The combined North American rig count finished the week at 430, down from 904 in the year-ago period.

Among the major plays, the Haynesville Shale turned in a strong week of growth, adding three rigs to up its total to 43. That’s down slightly from 49 a year ago. Elsewhere among plays, the Cana Woodford added one rig, while the Denver Julesburg-Niobrara, Marcellus Shale and Permian Basin each dropped a rig from their respective totals.

Broken down by state, Louisiana led with a three-rig increase on the week, while Oklahoma saw a net increase of two rigs for the period. Texas added one rig overall, while Alaska, Colorado, New Mexico and West Virginia each saw one rig depart, according to BKR.

While many in the United States have been preparing to celebrate the holidays and close the book on a year like no other in recent memory, at least two U.S. energy operators have been busy closing deals to acquire assets in the Permian.

Diamondback Energy Inc. revealed that it is expanding its leasehold in the Permian with two separate cash and stock deals valued at a combined roughly $3 billion that are seen boosting cash flow and shareholder returns.

The Midland, TX-based independent agreed to acquire QEP Resources in an all-stock transaction valued at around $2.2 billion. Diamondback would gain about 49,000 net acres in the Midland Basin, most of which is held by production, along with midstream infrastructure.Meanwhile, permian operator Earthstone Energy Inc. recently revealed it is increasing its scale with an agreement to acquire privately held Independence Resources Management LLC (IRM) for about $185.9 million in a cash and stock deal. 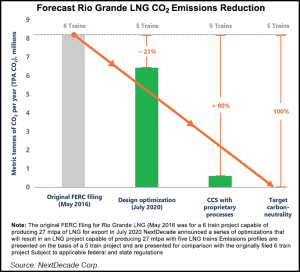