The city councils in Oakland and San Jose, CA, on Tuesday adopted natural gas bans in new residential and commercial buildings, joining dozens of municipalities in California and elsewhere around the country that have proposed or adopted similar measures. 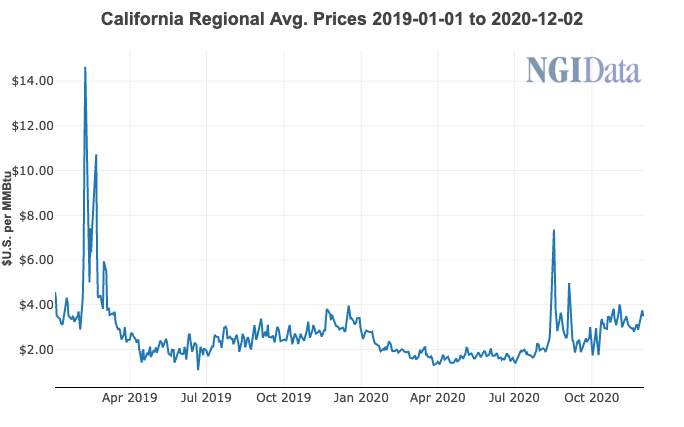 The Northern California city councils cited climate change as one reason to ban the use of natural gas.

Oakland officials indicated that waivers could be granted for technical feasibility issues.

Following an initial gas ban, San Jose’s city council voted 8-3 to prevent the use of gas in new construction as it moves to all-electric. Some exemptions also would be allowed over a period of time.

In 2019, the California Energy Commission approved building requirements that allowed gas bans initially in five cities and one county. It is now working to update the state’s Title 24 building energy efficiency standards, including a possible all-electric code in 2022.

Berkeley became the first city in California to establish a ban on gas in new construction, followed by several other cities and counties in the state. The San Francisco Board of Supervisors recently voted to ban gas in all new construction beginning next year.

Meanwhile, Massachusetts Attorney General Maura Healey in June asked the state’s Department of Public Utilities to open an investigation into phasing out natural gas amid the transition toward alternative fuels by 2050, and a few other states also have proposed banning the use of gas in new infrastructure.

And in New York City, Mayor Bill de Blasio has called for a ban on all fossil fuel use in “large building systems” by 2040.

Subsequently, the CEC is working to update the state’s Title 24 building energy efficiency standards, including a potential for a 2022 all-electric code. The Title 24 process provides a crucial opportunity for the state to help California businesses and institutions optimize their energy use, achieve cost savings, improve public health, and drive technological innovation—all while making meaningful progress toward California’s climate goals. The CEC is expected to hold the next workshop to consider Title 24 updates on December 8.