New Fortress Energy LLC said Monday that it has signed a 10-year agreement to purchase 27.5 million MMBtu per year of liquefied natural gas (LNG) at a price indexed to Henry Hub. 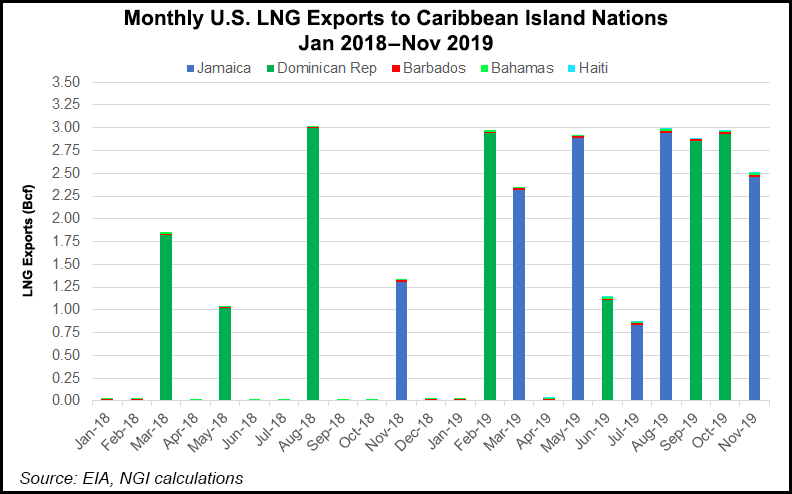 The agreement, equivalent to around eight LNG cargoes per year, extends through January 2030. The LNG will support plans to develop terminals and infrastructure to supply an international customer base, the company said.

“This agreement supports our efforts to spur economic growth and reduce emissions as we deliver more affordable and cleaner energy to our customers,” CEO Wes Edens said. “We evaluated a broad range of competitive efforts to meet the expansion of our LNG terminals across international markets. We’re pleased to take advantage of the dislocation in global LNG markets and secure 10 years of offtake for our growing business.”

According to its website, the company has international operations in Mexico, the Caribbean and Ireland, along with U.S. operations in Pennsylvania and Florida.

At recent prices, buying LNG indexed to Henry Hub would seem like an appealing proposition. New York Mercantile Exchange futures have been languishing at four-year lows amid exceptionally weak winter weather and a supply glutboth at home and abroad.

The coronavirus outbreak has applied further downward pressure on the Japan-Korea Marker (aka JKM), the Asian LNG benchmark. As officials scramble to respond to the threat from the virus, economic activity has taken a hit, and the China National Offshore Oil Corp. has reportedly declared force majeure in an effort to reject shipments contracted under long-term agreements.

Total SA’s Philippe Sauqet, who heads the Gas, Renewables and Power segment, recently said the weakness in global LNG pricing has created “a strong temptation…to try to play with the force majeure concept” to take advantage of cheaper pricing in the spot market.