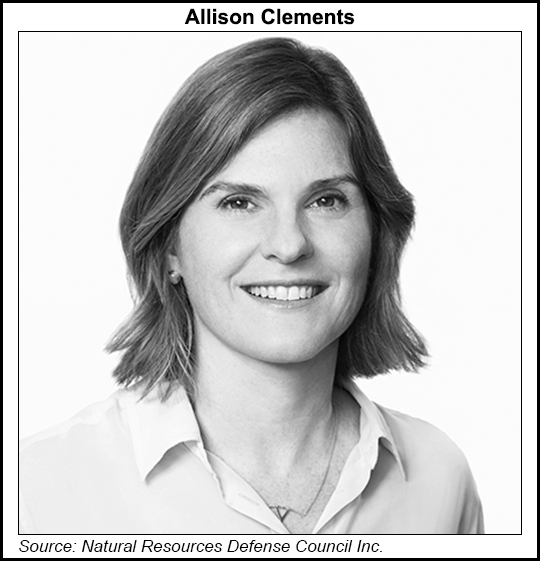 Christie previously was president of the Organization of PJM States Inc. and served on the board for more than a decade. He was also elected president of the Mid-Atlantic Conference of State Utility Regulators. He is a graduate of Wake Forest University and received a law degree from Georgetown University. Christie has taught regulatory law at the University of Virginia School of Law and constitutional law and public policy in a doctoral program at Virginia Commonwealth University.

Clements worked for a decade at Natural Resources Defense Council in New York as the organization’s corporate counsel and then as director of the Sustainable FERC Project, and was director of the energy markets program at Energy Foundation. She also spent several years in private legal practice with the energy regulatory group at Troutman Sanders LLP (now Troutman Pepper) and then with the project finance and infrastructure group at Chadbourne & Parke LLP (now Norton Rose Fulbright). Clements has a bachelor of science from the University of Michigan and a juris doctorate from The George Washington University Law School.

If confirmed by the Senate, one of the nominees would fill a seat at the Federal Energy Regulatory Commission that has been empty for many months. The other nominee would take the place of Bernard McNamee, who previously announced that he would leave the agency at the end of his term, which officially concluded at the end of June. McNamee’s departure would leave FERC with only three members, Republicans James Danly and Chairman Neil Chatterjee, and Democrat Richard Glick. By law, no more than three seats at FERC may be held by one political party.

Danly, who was previously general counsel at FERC, was first nominated by Trump in October and the initial nomination was voted out of committee a month later. The full Senate, however, failed to vote on the confirmation during 2019 and the nomination was returned to the White House Jan. 3. In February, Trump again nominated Danly to FERC, and the Senate confirmed Danly in March.