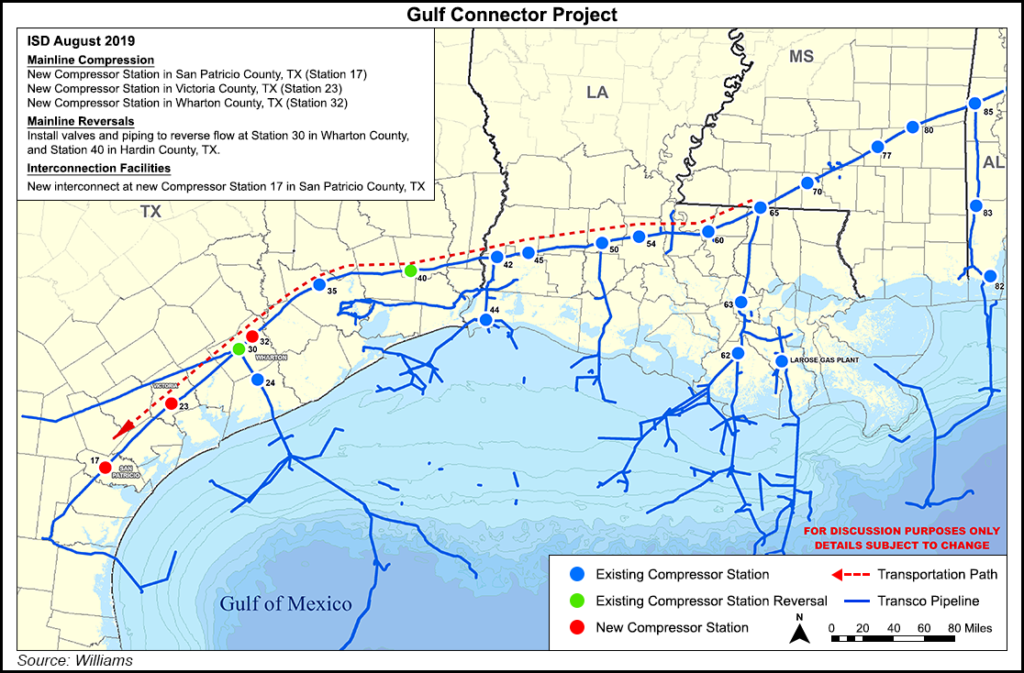 Also part of the project, Transco would:

Corpus Christi Liquefaction LLC and Osaka Gas Trading and Export LLC have committed to the capacity on Gulf Connector, which Transco plans to bring online in two phases.

Freeport LNG Development LP filed an application with FERC over the summer to build and operate a fourth liquefaction train at its facility near Freeport, TX. The initial three liquefaction trains of the project are under construction and are scheduled to begin operations sequentially between 4Q2018 and 3Q2019, the company has said.

Cheniere management said in August that construction on the first two trains at its Corpus Christi LNG project was about 70% complete as of the end of June.

With global natural gas demand expected to continue increasing, LNG exports are on track to be the largest source of carbon emissions growth for the biggest oil and gas companies by 2025, according to a recent analysis from Wood Mackenzie.