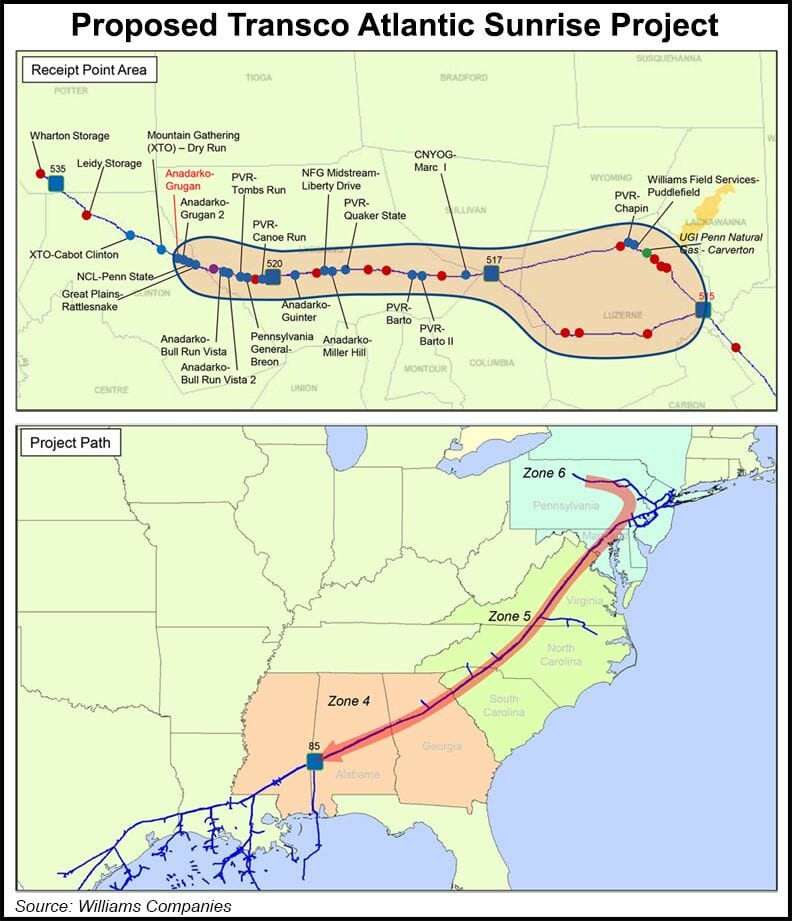 Transco has said the $3 billion project would provide “greatly enhanced” access to Marcellus Shale gas supplies, support the overall reliability and diversification of energy infrastructure along the Atlantic seaboard and points south, and meet the anticipated increase in market demands for natural gas, according to the DEIS [CP15-138].

In support of the project Williams last year released a study that found that gas consumers served by Transco in the Southeast and Mid-Atlantic could have saved $2.6 billion from 2012 to 2014 if Atlantic Sunrise had been in service (see Daily GPI, March 16, 2015). The project was filed at the Commission in March 2015 (see Daily GPI, March 31, 2015).

“…[D]ue to the implementation of specialized construction techniques, the relatively short construction timeframe in any one location, and carefully developed resource protection and mitigation plans designed to minimize and control environmental impacts for the Atlantic Sunrise Project as a whole, minimal cumulative effects are anticipated when the impacts of the project are added to the identified ongoing actions in the immediate area,” the DEIS said.