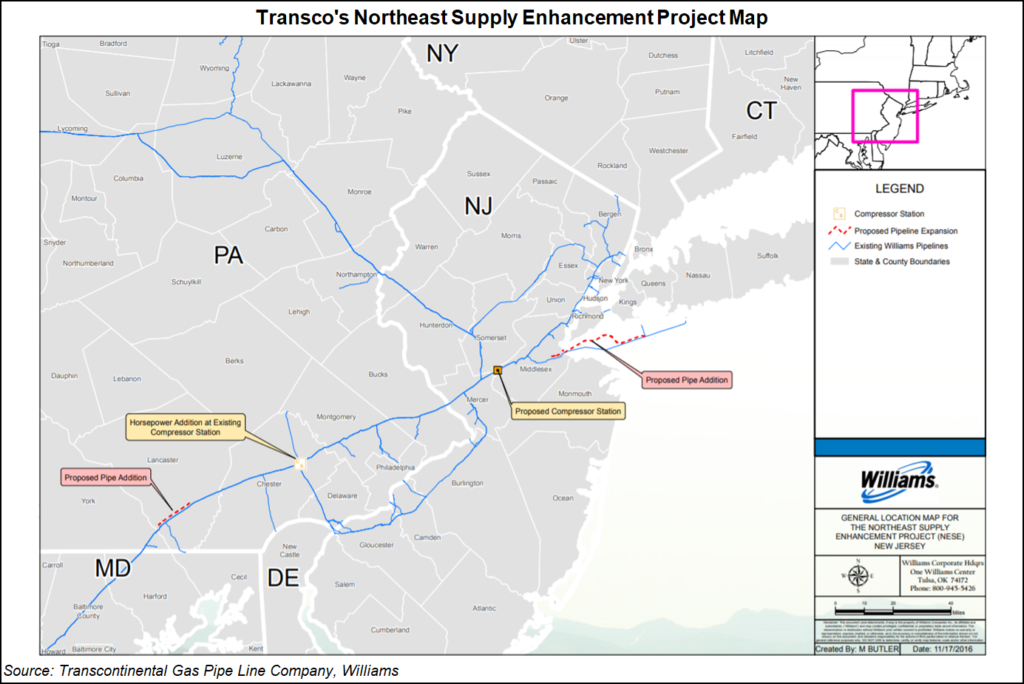 The project, fully subscribed by National Grid, has been pulled into a bitter fight between New York Gov. Andrew Cuomo’s administration and the utility about whether there’s a lack of supplies to serve New York City. New Jersey and New York each have already denied permits for NESE.

Transco parent Williams has taken “the administrative step” of withdrawing the permits in New Jersey, said spokesperson Laura Creekmur. “We are evaluating next steps with our customer and all appropriate regulatory agencies,”

Cuomo has resisted the NESE project and other natural gas infrastructure, claiming the pipelines aren’t needed to meet the state’s energy needs. National Grid had imposed a moratorium on new gas service in Brooklyn, Long Island and Queens, citing the inability to get NESE approved. After a faceoff with the governor’s office, the utility in late November said it would end the moratorium and find ways to serve demand over the next two years.

The New Jersey Department of Environmental Protection (NJDEP) notified Transco days later in a letter confirming that its applications had been withdrawn. The agency also told the company that “there are statutory and regulatory deficiencies associated with the withdrawn applications that must be resolved to the department’s satisfaction,” including demonstrating a compelling public need and finding an alternative access road for a compressor station.

The NJDEP rejected NESE’s application for a water quality certification, coastal wetland, flood hazard area and waterfront development permits in June, inviting Transco to reapply, which it did.