After a five-year wait, TransCanada Corp. primed itself Tuesday for a quick start on building a supply pipeline for natural gas exports from the northern Pacific coast of British Columbia (BC). 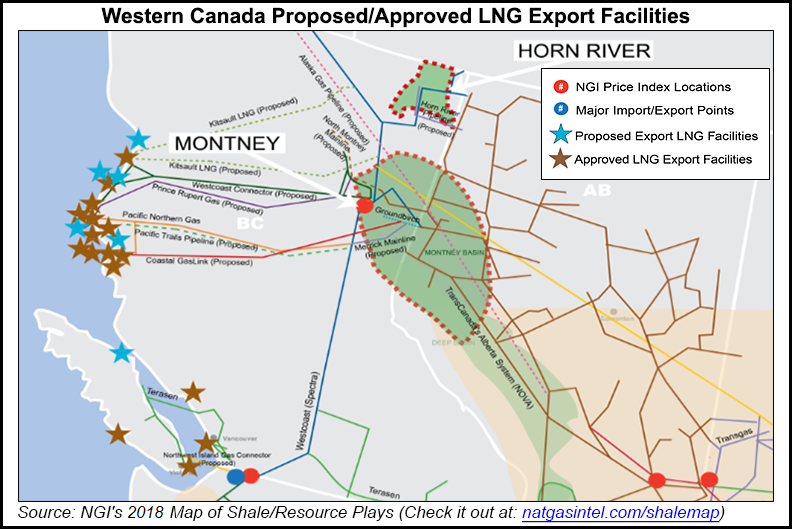 TransCanada’s Coastal GasLink project announced four construction contracts for work to start on its cross-BC route for the massive liquefied natural gas (LNG) project as soon as LNG Canada makes a final investment decision (FID) to go ahead with its proposed terminal at Kitimat.

The BC government has set a November deadline for the export consortium led by a unit of Royal Dutch Shell plc with partners Petronas, Mitsubishi Corp. and Korea Gas Corp., to accept an incentive offer of C$6 billion ($4.8 billion) in provincial income, sales and carbon tax cuts.

LNG Canada has held an export license for up to 3.7 Bcf/d from the National Energy Board (NEB) since February 2013. The original 25-year term has been increased to 40 years, and the deadline for starting shipments has been extended for five years until the end of 2027.