FERC has approved a Columbia Gas Transmission LLC request to place into service four compressor stations on the Gulf XPress project, which would increase natural gas pipeline capacity from the Appalachian Basin. 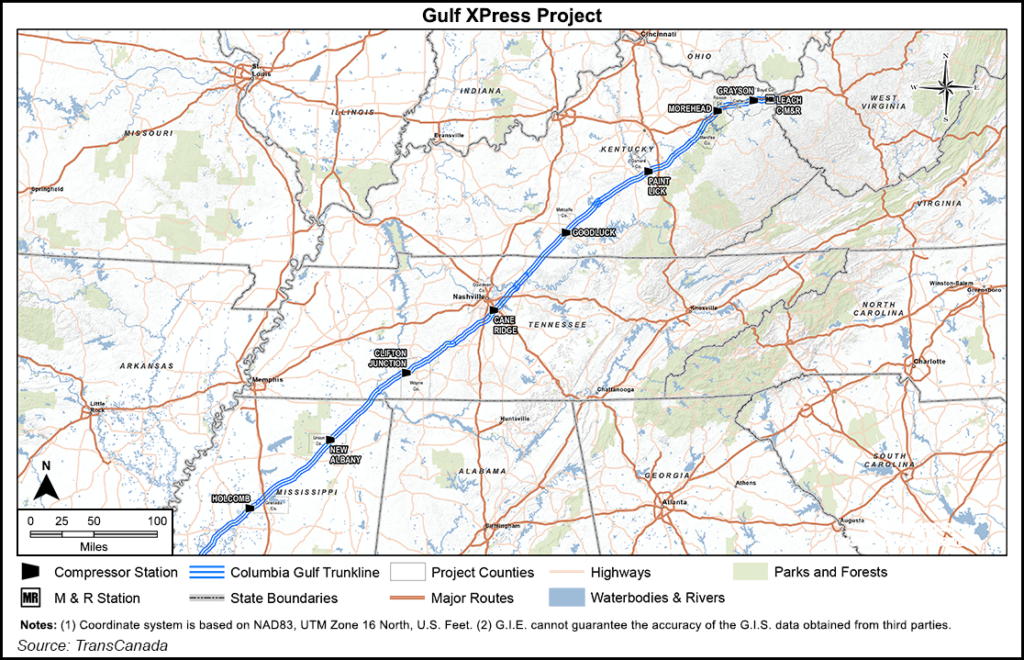 The Gulf XPress project, which plans to construct a total of seven compressor stations and to modify one existing station and one existing meter station, was approved by FERC in January 2018, side by side with the Mountaineer XPress project. The projects would involve a total estimated $3.2 billion of combined infrastructure investment, according to TransCanada.

Gulf XPress would add about 875 MMcf/d of capacity on the Columbia Gulf system to deliver to receipt points in Mississippi and Louisiana.

The facilities authorized by FERC “will allow Columbia Gulf to provide open access firm transportation service on facilities that have a capacity of approximately 530,000 dekatherms per day,” according to the company’s filing.

Mountaineer XPress would add about 2.7 Bcf/d of capacity to the Columbia Gas system and is designed to allow additional volumes of Appalachia gas to reach markets in the Midwest, Northeast, South and Gulf Coast.