Oil and refined products flows resumed Sunday through Trans Mountain Pipeline after a three-week suspension of deliveries as a safety precaution during floods in southern British Columbia. 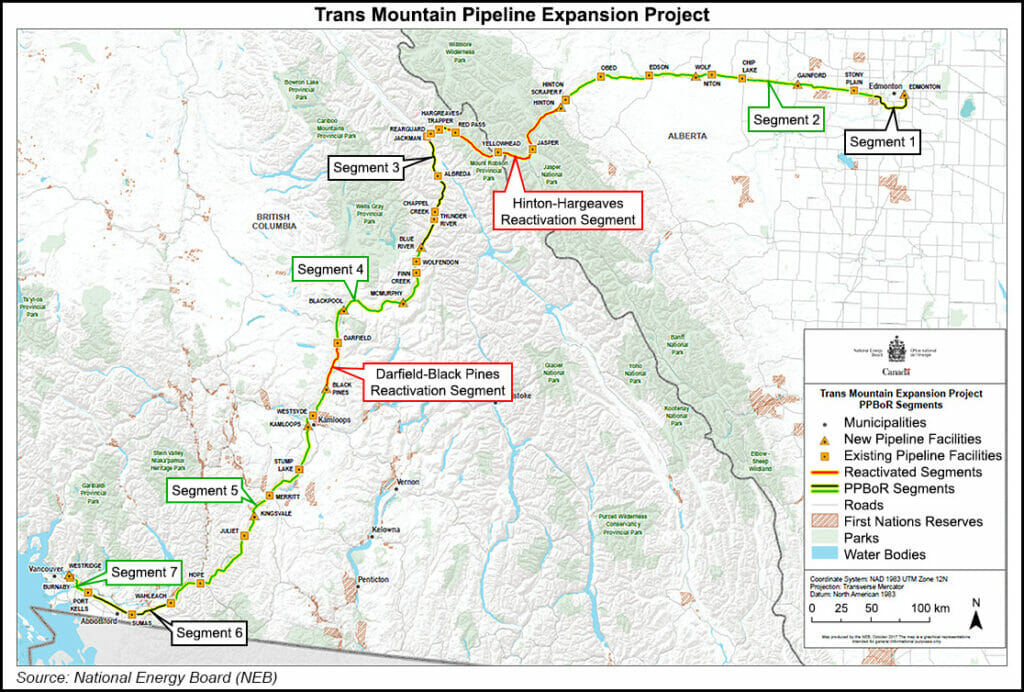 “The restart comes following completion of all necessary assessments, repairs, and construction of protective earthworks needed for the pipeline to be returned to service,” said the Calgary firm.

Trans Mountain reported no pipe breaks or leaks but said 470 crewmen, six helicopters and 100 earth-moving machines replaced 57,200 cubic yards of ground cover that rain and mudslides washed away during storms that started Nov. 14.

Costs of the suspension and restoration operations were not disclosed. The storms hit western and southern sections of the 1,150-kilometer (690-mile) pipeline that delivers 300,000 b/d to the Vancouver area from the Alberta capital in Edmonton.

Outside the bad weather zone, work continued on an expansion project to increase Trans Mountain’s capacity to 890,000 b/d, primarily for overseas exports of Alberta oilsands production.

The B.C. government said a mild form of fuel rationing would continue while Trans Mountain and a 55,000 b/d refinery operated in suburban Burnaby by Parkland Corp. resume normal operations.

The program stops short of reviving wartime-style ration coupons. Instead, gasoline refills for personal travel at any one service station are limited to 30 liters (eight gallons) per car. No restrictions apply to public service and commercial vehicles from ambulances and police cruisers to taxis, buses, delivery trucks and farm machines.

The storms did not cut B.C. natural gas supplies and only caused a brief precautionary reduction of exports to the northwestern U.S. by Enbridge Inc.’s Westcoast pipeline system, which has different routes than Trans Mountain.