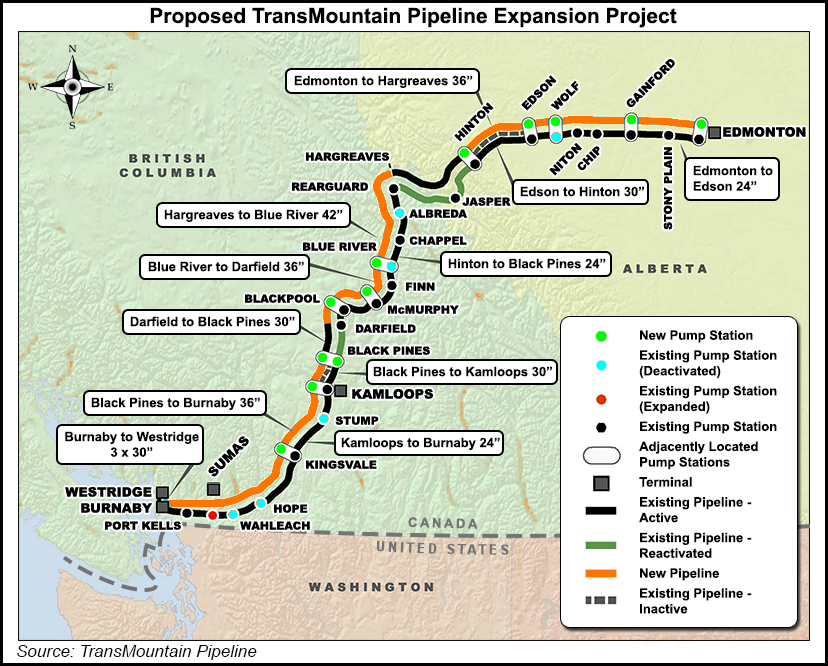 The BC Court of Appeal ruled against the Squamish Nation and City of Vancouver. Both protest lawsuits failed to overturn approval of the C$9 billion ($6.8 billion) project by the BC Environmental Assessment Office (BCEAO).

The court ordered the BCEAO to review and, if necessary, adjust its 37 pipeline expansion conditions to match the 157 requirements in the second round of project approvals by the Canadian Energy Regulator and federal cabinet.

The verdict said the BCEAO fulfilled the limited duty of provincial agencies to consult and accommodate indigenous communities affected by projects that fall under federal jurisdiction. Vancouver’s lawsuit was dismissed as a late afterthought to a public regulatory process that the city government ignored for a year.

The BC appeal court’s new pair of decisions followed its ruling in May against a move by the provincial New Democratic Party government to stop Trans Mountain by enacting legislation for restricting shipments through added pipeline facilities.

The pipeline said planning and construction would continue while the BCEAO obeys its court order. Work is to be done “in a manner that minimizes impacts to the environment and respects the values and priorities of Canadians,” Trans Mountain said.