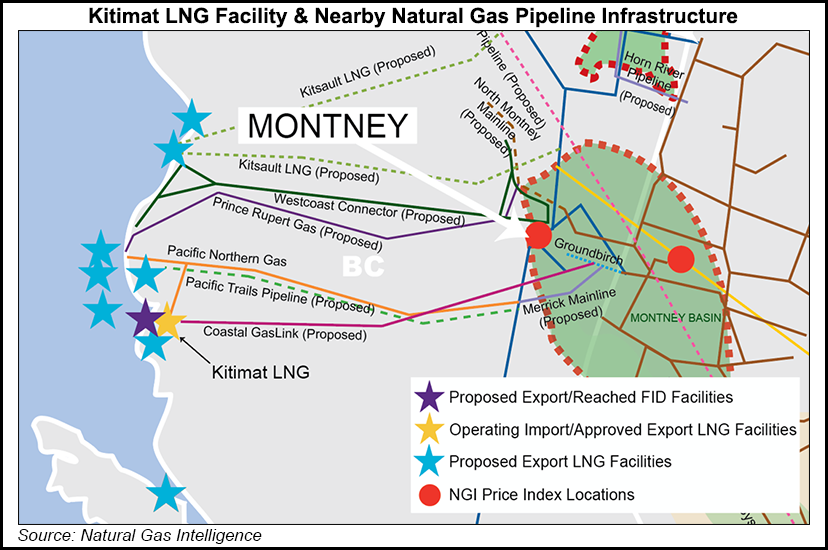 “As the key sub-basin for supplying Canadian LNG, the company expects the North Montney to be the primary growth driver in the entire Western Canadian Sedimentary Basin for the next decade,” Tourmaline management said.

Meanwhile, Topaz paid Tourmaline C$245 million ($196 million) for production royalty and infrastructure working interests in the Montney and other nearby properties.

Topaz pointed to support from the LNG Canada export terminal and its Coastal GasLink supply conduit now under construction, plus additional projects by Nova Gas Transmission Ltd. and Enbridge Inc.’s Westcoast pipeline network in BC.

“The northeast BC Montney is well known as the most prolific liquids-rich natural gas resource in western Canada due to its vast geographic coverage and significant reserve potential,” Topaz said. The firm’s management team said “the BC Montney is expected to provide the largest natural gas production growth” in the Western Canadian Sedimentary Basin over the next decade.