Tourmaline Oil Corp., Canada’s largest natural gas producer, plans to boost spending and pull forward some drilling in the Montney Shale originally scheduled for next year into the final weeks of 2021. 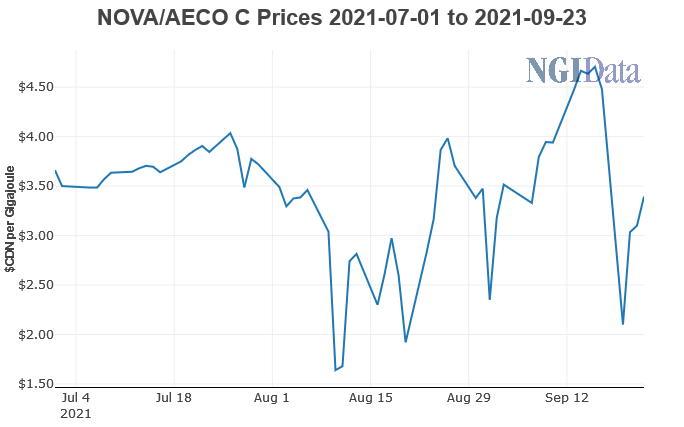 Tourmaline reported a 20% reduction in per-well drilling times in the Montney, equivalent to two fewer days per well. That means that the drilling scheduled in 2021 would conclude in November.

“As a result, the company has elected to accelerate the drilling of approximately 21 wells from 2022 into 4Q2021 in order to maintain the existing top-tier, company-operated drilling fleet at full capacity, rather than release rigs at this time,” Tourmaline said. “The majority of these incremental wells will not be completed and brought on production until 2022.”

In addition, planned 2022 facility expenditures have been accelerated into the second half of 2021.

Calgary-based Tourmaline unveiled the plan along with updated capital expenditure (capex) projections for 2021 and 2022. Capex this year has been revised higher to C$1.375 billion ($1.09 billion), versus previous guidance of C$1.1 billion ($870 million).

Tourmaline said the accelerated drilling program contributed to the increase, along with a focus on rising liquids production and related margin improvements.

Meanwhile, capex for 2022 is set at C$1.125 billion ($890 million), a C$62 million ($49 million) reduction from previous estimates. Tourmaline described the 2022 capital program as “essentially a maintenance program” following the drilling acceleration and upped facility spending in 2021.

The investments and efficiencies are expected to result in higher production.

Tourmaline said it would monitor natural gas supply and demand balances and schedule production startups “appropriately” through winter and 2022.

The natural gas market is unusually tight as it enters autumn, and a colder-than-expected winter could trigger more volatility.

The company indicated it has the takeaway capacity to accommodate a boost in production. Tourmaline said it has incremental egress on the Gas Transmission Northwest (GTN) system of 100 MMcf/d in 2022 and another 50 MMcf/d in 2023. That would bring total volumes on the GTN system to 480 MMcf/d by the second half of 2023. More than 80% of the volumes would target the California market, Tourmaline said.

With debt repayment on track to reach its target by year’s end, Tourmaline now plans to “return the vast majority” of FCF to shareholders through dividend increases, special dividends and share buybacks. The company said it would increase its base quarterly dividend by C1 cent/share (less than 1 cent) to C18 cents (14 cents) payable at the end of 2021.