In a move to emphasize its rebranding to a broad energy company, French supermajor TotalEnergies SE has acquired a 20% stake in Hysetco, which owns the largest hydrogen taxi fleet in the world. 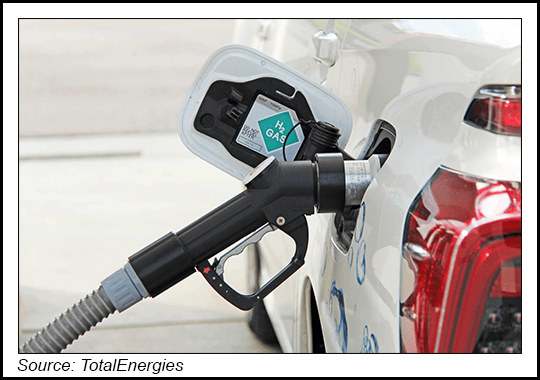 Hysetco has about 700 taxis in Paris and it operates a network of hydrogen stations. The company was established in 2015 under the Hype brand, which works to illustrate the utility of zero-emission hydrogen vehicles in urban settings.

While most of its vehicles run on diesel, Hysetco aims to transition all of its taxis to hydrogen by 2024. The company also expects that 10,000 Parisien taxi drivers may switch to hydrogen within three years.

“This acquisition is a concrete commitment and an acceleration for Total in hydrogen mobility,” said TotalEnergies CEO Patrick Pouyanné. “After investing in the new Bélib’ network of charge points for electric vehicles, Total is contributing to position Paris as a showcase for new carbon-neutral urban mobility for businesses and consumers. Total is thus continuing to accelerate its transformation into TotalEnergies, a leading broad-energy player in the energy transition.”

The French supermajor plans to make its network of service stations available to Hysetco to expand hydrogen use.