An aboriginal green energy tint has been painted on British Columbia (BC) liquefied natural gas (LNG) by an agreement of three tribes to promote northern Pacific coast export projects as global environmental blessings. 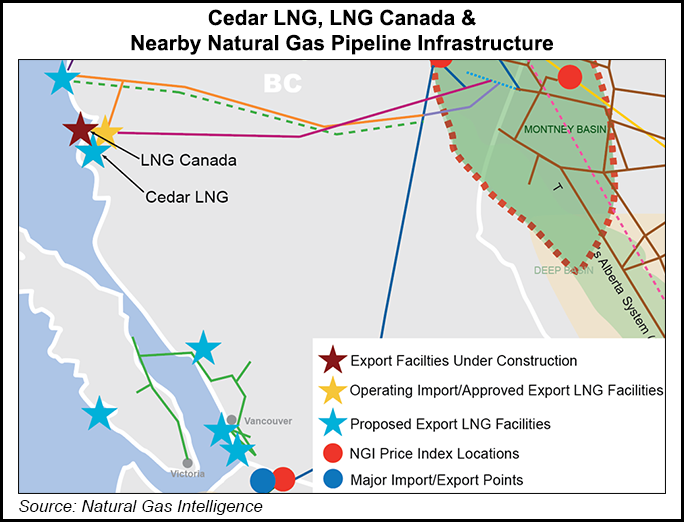 According to the tribal announcement, “A major focus of all climate policy frameworks should be the displacement of coal-fired [electricity] generation in the most polluting jurisdictions of the world with gas products from BC…”

The FNCCI expands on pro-development themes recited by the BC First Nations LNG Alliance, a voice of 20 tribes that have cooperation and benefits deals with the LNG Canada terminal and Coastal GasLink pipeline currently under construction.

The Haisla Nation also owns the Cedar LNG project at Kitimat on the northern Pacific coast of BC. The C$1.8-2.5 billion ($1.4-$1.9 billion) terminal is forecast to export up to 500 MMcf/d. The Haisla have said the facility would reduce unemployment of northern natives and inject their environmental values into the industry.

Projects with native content foster “economic reconciliation” with “a mutually respectful relationship between indigenous and non-indigenous peoples,” said an alliance invitation to a pro-LNG public rally this month in the northern BC town of Smithers.

The native cooperation strategy is spreading to Alberta, where Premier Jason Kenney this week outlined plans for a provincial government-owned Aboriginal Opportunities Corp. with up to C$1 billion ($750 million) available for financing tribal projects.