Editor’s Note: NGI’s Mexico Gas Price Index, a leader tracking Mexico natural gas market reform, is offering the following column as part of a regular series on understanding this process, written by Eduardo Prud’homme. This is the third in the series. 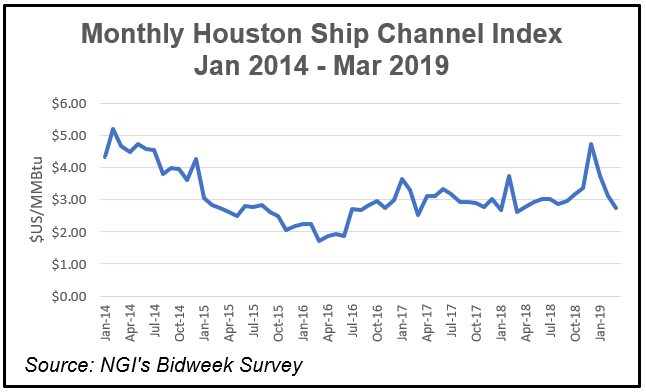 Mexico’s natural gas market makeover actually predates the country’s 2013/2014 energy reform by about 20 years. In 1995, transporting natural gas via pipeline opened to private participation in Mexico for the first time under an economic framework designed by hydrocarbons regulator CRE. Natural gas sold by national operator Pemex would now see prices regulated by a netback formula. The basic idea was to promote investment in the gas network, and to open the market so that Pemex production would have to compete with imported gas to meet growing electric power demand.

The development of private pipelines was aided by new distribution zones and long-term contracts with power generators. But the pace of development was affected by adverse market conditions and interventionist public policy. The growth of the reference cost in the netback formula, based on Houston Ship Channel prices, the fixed price of liquified petroleum gas, which is the principal fuel for homes in Mexico, and resistance on the part of Pemex to be regulated, slowed the growth of the new market.

Meanwhile, energy security was at risk because of falling domestic production, and new infrastructure was needed to provide balance to the system. The Gasoductos de Tamaulipas (GDT) project, developed and operated by Pemex in consortium with a private sector transportation firm, was the solution to get Burgos Basin production to distribution centers and improve Gulf of Mexico connectivity.

However, GDT gave rise to regulatory and operative dilemmas. It was a pipeline system that included a partner company alongside Pemex, but which was run as part of the National Gas Pipeline System (SNG) owned by Pemex.

In theory, GDT rates and service conditions were separate to those of the SNG, and they were obliged to give open access to third parties. In practice, however, with this pipeline, Pemex managed to consolidate its vertically integrated stranglehold of the market. Operational reliability served as an excuse to strengthen a commercial monopoly.

GDT was more than just Burgos. The pipeline also imported from the Reynosa zone, but in the hypothetical case of a potential importer wanting access to capacity on the GDT, this importer wouldn’t have any clarity on the rates it should pay to compete with Pemex. GDT essentially opened space for Pemex to have differentiated prices on the same route. The CRE sought to overcome this problem with a change in SNG rates.

The CRE developed a postal stamp scheme with five different zones. The gas that transited in the Gulf of Mexico area of the SNG paid the same rate, whether or not it passed through GDT. This regulation didn’t mean that a shipper didn’t have to pay the GDT tariff if it went through its own pipeline system. Two systems meant two tariffs. And thus, an agreement between Pemex and GDT on fees was a barrier to competition.

In 2008, power was given to the CRE to integrate the transport systems. The creation of the Sistema de Transporte Nacional Integrado (STNI) opened the door to aggregate costs on the SNG and GDT through a roll-in mechanism, leading to one transport cost. With this, the SNG now worked as a central pipeline network regulator that determined how all the pipelines in the country would work. Another pipeline system which was previously autonomous, Gasoductos del Bajío (GDB), joined the STNI network. Soon after, a downstream system off the GDB that connected the cities of Aguascalientes and Zacatecas also joined the STNI.

Despite the growth of the STNI, the number of marketers stayed the same. Pemex never took steps toward open access. Precarious operational conditions, including critical supply alerts and falling national gas production, meant energy security was the only discussion. And Pemex was seen as the only company capable of anchoring pipeline projects to improve import capacity on the STNI to meet these challenges.

This is how the Ramones pipeline project was born.

Pemex basically repeated the GDT formula at Ramones, forming partnerships to construct and operate the pipelines. Pemex also anchored its capacity. Ramones would be part of STNI, and the cost of the infrastructure would be passed on to users of the system. In a world in which the next best option was liquefied natural gas to balance the system, this reasoning, and the associated rise in costs, seemed reasonable.

What Ramones again demonstrated, however, is the difficulty in promoting competition and efficiency when there is no formal separation between marketing and the operation of pipelines.

There was no perfect solution to natural gas shortages, but what was clear was that whoever took on the challenge would do so with a personal interest in mind. There is nothing wrong in this, but regulation was needed. Although the CRE ensured a reasonable cost for the provision of the service and the availability of natural gas improved, the contractual scheme in place that made Pemex owner of the entire capacity of the pipeline once again showed the need to advance in vertical disintegration.

The issue was to find a different economic agent with sufficient capacity and reputation to anchor long-term commitments on behalf of all existing and future users. The solution of an integrated pipeline system was inspired by the European experience of Enagas, GRTGaz and Gasunie. Integrated pipeline systems all have one thing in common: an independent operator that manages capacity on the network and plans its expansion. The operator’s independence means it is removed from the business of marketing, and so the pipeline operator acts as a facilitator to open the network to third parties.

Given the existence of statist monopolies, a pipeline operator is an acceptable hybrid that allows for an important role of the state — to ensure energy security – while at the same time promoting a free market that attracts new investment and maximizes efficiency. Having a national system operator also provides trust in the proper allocation of costs, reflected in transportation rates.

Furthermore, public and private investment coexist in ownership of pipeline assets, but operating margins and expansion decisions are left to the manager. With an independent pipeline operator, the opening of pipeline capacity to third parties, the efficient allocation of capacity and the promotion of competition in marketing are separate from the ownership of the network.

With this, Cenagas was founded in August 2014 as the operator of the STNI, which soon changed its name to the Sistrangas. To be clear: Cenagas isn’t a marketer, nor is it a consumer of gas. Its explicit goal is to ensure the continuity of gas service in Mexico, to provide financial viability to the system, and to open the gas network to third parties.

Since early 2016, Cenagas has managed the operational and contractual complexity involved in moving natural gas across seven different pipeline systems, simplifying the process into a single contract between user and system operator. These contracts are regulated under terms and conditions that force Cenagas to treat industrial and commercial users, along with Pemex and state power company CFE, equally.

This background is necessary to understand that the formation of Sistrangas and its operator, Cenagas, is not part of a specific “neo-liberal” ideology, but instead is the result of practical decisions and gradual changes in response to challenges that have arisen over the past 25 years.

The Mexican government acted in the interests of energy security, balanced with market objectives, to create Cenagas. And Cenagas is now an excellent tool of public policy, helping to advance energy security, bring down energy prices and increase prosperity for all, objectives that are also at the heart of the goals of the new administration in Mexico.

If the principles of efficiency, independence, open access and separation of activities are maintained, the Sistrangas pipeline network will keep moving toward becoming a national system that alleviates the financial burdens on the public sector, allowing state entities to allocate resources to other priorities, such as the strengthening of the refining and petrochemical sectors.

With the application of the roll-in mechanism to aggregate pipeline development across the country as a whole, “social pipelines” can be built to serve the southern region of the country, and they cannot only provide gas to this region, but they can also be financially viable with Cenagas anchoring the projects. Moreover, Cenagas can work in conjunction with the electric power sector to improve its planning, and serve as a platform for energy transition.

Recently, there has been speculation about the possible integration of CFE-anchored pipes into the Sistrangas. Although the legal framework is in place to carry out this change, it would be important to question the motives surrounding the measure. If the gas user is at the center of these changes, then an increase in tariffs would be manageable. End-users will not, however, accept higher tariffs if they do not see substantive improvements to operational and gas shortage problems. If the central motive behind the decision is simply to lessen CFE’s financial burden, the measure will be limited and could have adverse side effects.

Finally, it is important to remember the purpose for a fully integrated national Sistrangas and what it must achieve: 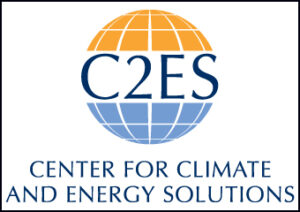