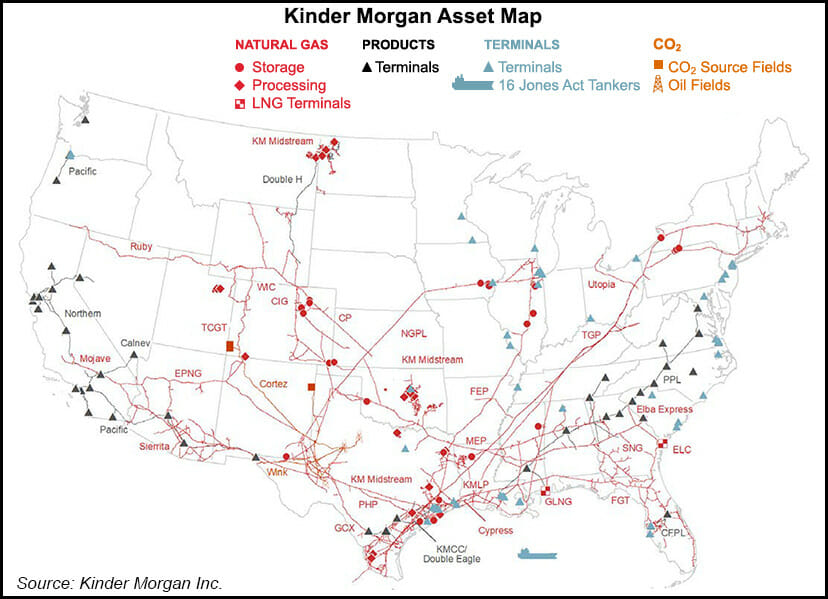 Kinder Morgan Inc. subsidiary TGP, through its existing system, would transport Southwestern’s  Appalachia supply that is certified as responsibly sourced gas (RSG). Certified gas is produced and transported by companies whose operations are independently verified as meeting certain environmental, social and governance (ESG) standards, including the reduction of methane emissions.

The agreement is “focused on providing this lower-carbon fuel to the northeastern United States,” said Kinder’s Tom Martin, president of Natural Gas Pipelines. “This is one of several RSG initiatives currently underway at Kinder Morgan and aligns with our commitment to minimize methane emissions associated with the production, transportation, storage and distribution of natural gas.”

TGP, an 11,760-mile system, transports gas from the Northeast to end-use demand markets including New York City and Boston. It also moves supply to the Gulf Coast and into Mexico. In June, Kinder expanded its Northeast gas deliveries by snapping up Stagecoach Gas Services LLC, which also moves Appalachian gas to the Northeast.

Southwestern, meanwhile, in June became the first U.S. exploration and production company to announce that it would certify that all of its Appalachian gas is responsibly produced. The independent produces around 3 Bcf/d across more than 789,000 net acres in Ohio, Pennsylvania and West Virginia.

“Southwestern believes responsibly sourced gas is foundational to a low carbon future,” said CEO Bill Way. “This innovative agreement with Kinder Morgan to deliver responsibly sourced energy to customers in the Northeast is evidence of our commitment to help bring about that future.”

TGP and Southwestern are founding members of Our Nation’s Energy Future, or ONE Future. The coalition includes companies that work in the U.S. upstream, midstream and downstream sectors. Companies voluntarily report methane emissions and hold a seat on the board.

TGP and Southwestern noted that Environmental Protection Agency data in 2018 estimated average intensity rates for conventional natural gas emissions across the value chain were up to 1.41%.

The Southwestern-TGP pact is to begin Nov. 1. The companies said the RSG could power the equivalent of around 100,000 homes a year, while reducing greenhouse gas emissions equal to removing around 5,000 internal combustion engine vehicles from the road.