Direct upstream natural gas and oil industry employment in Texas for May was down 1,400 jobs from April, the Texas Independent Producers and Royalty Owners (TIPRO) reported last week. 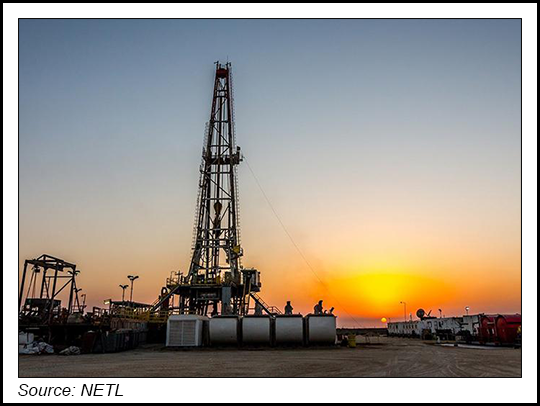 TIPRO, which uses U.S. Bureau of Labor Statistics data to tally its monthly upstream employment figures, said the Lone Star State’s direct job count was 188,700 in May. For April the statewide trade group reported a 5,200 month/month increase in upstream jobs.

Despite breaking the three-month winning streak, Texas upstream employment for May was still up 25,500 positions year/year, noted TIPRO. The annual increase included a 19,800 job gain in oilfield services (OFS) and a 5,700-job pickup in oil and gas extraction.

“The decrease in industry employment last month could be an anomaly and subject to further revisions or could also be attributed to workforce shortages facing many companies as they compete to fill open positions in a tight labor market,” said Longanecker. “Regardless, we project continued employment growth for this sector in the coming months.”

More than one-third of Texas’ upstream jobs in May were in the Houston metropolitan area, which boasted 64,800 direct positions, said TIPRO. The Houston area’s job count was up 7,500 year/year, with 4,200 more OFS and 3,300 more extraction jobs for the period.

Across the upstream, midstream and downstream sectors of the state’s oil and gas industry, TIPRO counted 11,695 active unique job postings in May.

Broken down by 14 specific industry categories tracked by TIPRO, more than one-quarter of job listings – 3,211, to be exact – fell within support activities for oil and gas operations.

Crude petroleum extraction, with 1,625 postings, and oil and gas field machinery and equipment manufacturing (1,188) were the second and third most popular categories, respectively.

Taking the top spot among companies posting the most jobs in May was Baker Hughes Co. with 650 listings. NOV Inc. and Weatherford International plc followed with 635 and 464 postings, respectively.

TIPRO said five of the top 10 companies ranked by unique job postings were OFS firms, with another three in the midstream and two in oil and gas extraction.

Based on industry occupations, TIPRO observed the most listings – 462 – for heavy tractor-trailer truck drivers. Next on the list were personal service managers (285), as well as software developers and software quality assurance analysts and testers (278).

In fact, TWC said the state posted its seventh consecutive monthly employment record with total nonfarm jobs reaching 13,357,100 in May, up 762,400 positions year/year. The seasonally adjusted unemployment rate last month was 4.2%, down from 4.3% in April, TWC added.

“Texas continues to set records for employment growth with more than 250,000 jobs added from the beginning of the year through may,” said TWC’s Chairman Bryan Daniel. “Training and upskilling are crucial to maintain this level of employment growth, and TWC remains committed to offering innovative training programs.”