The Railroad Commission of Texas (RRC) spent more than $8.5 million to plug 544 abandoned oil and natural gas wells during its 2016 fiscal year (FY), and it has started enforcement proceedings against the owners of more than 1,400 additional orphaned wells.

On Tuesday, the RRC released its annual Oil Field Cleanup Program report for FY 2016, which began on Sept. 1, 2015 and ended Aug. 31. State law requires the RRC to release the annual report and to provide details of how it spent money in the Oil and Gas Regulation and Cleanup (OGRC) Fund to plug orphaned wells. The OGRC Fund is financed through production taxes and permitting fees levied on the oil and gas industry.

Although operators of record in the state are required to plug most of the compliant inactive wells — and some non-compliant inactive ones — the RRC is tasked with using OGRC funds and/or other state and federal funds to plug the remainder. According to the commission, it spent $8.54 million to plug the 544 orphaned wells in FY 2016. That equates to an average cost per well of $15,711, a $204 increase from FY 2015 ($15,507).

The RRC said approximately 187 well servicing companies are authorized to plug wells in Texas and during FY 2016 it awarded 69 contracts to plug wells to 28 companies. Twelve of the companies had multiple contracts.

“However, due to the level of plugging activity in the oil and gas industry, competition for well plugging contractors is severely limiting the number of plugging contractors that bid on commission contracts. As a result, fewer orphaned wells are being plugged by the commission,” the RRC said. Indeed, the 544 wells plugged in FY 2016 were the lowest since at least FY 1992. The second-lowest total was achieved in FY 2014 (563 wells), and for the past six consecutive fiscal years the annual total of wells plugged by the RRC has been fewer than 1,000.

The commission’s goal was to plug 875 wells during FY 2016. It reported that 1,476 wells were in various stages of enforcement proceedings, most of which (734) were awaiting a hearing.

The RRC said there remains an unknown number of old, unidentified wells in Texas with no records. The commission initiates plugging operations as such wells are discovered, using a point-based priority system that takes into account a well’s threat to the environment and public safety to determine which wells should be plugged first. According to the RRC, 73 unidentified abandoned wells were plugged with OGRC funds in FY 2016, accounting for 13% of all wells plugged that year. 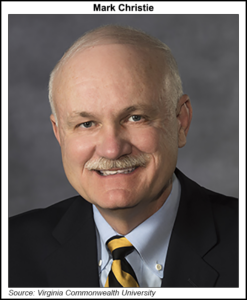