The number of original drilling permits issued in Texas during November declined from one year ago, as did the amount of natural gas produced from Texas wells during October compared to a year ago, according to Railroad Commission of Texas (RRC) figures. 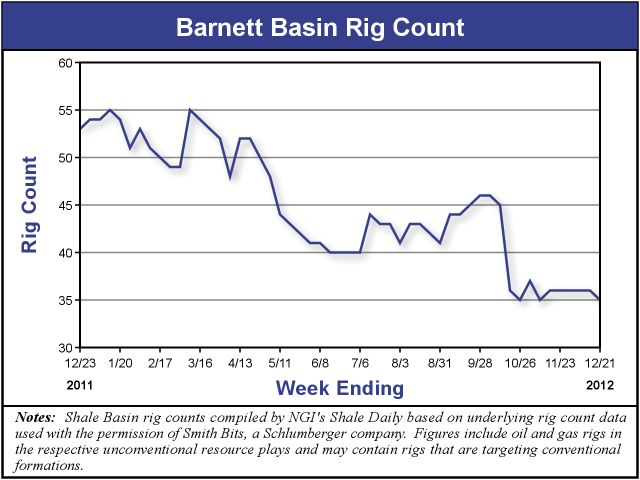 The state’s average rig count as of December was 847, representing about 49% of all active land rigs in the United States. In the last 12 months, total Texas reported production was 510 million bbl of oil and 7.2 Tcf of natural gas, according to the RRC.

Two of the largest unconventional plays in the state — the Barnett and the Eagle Ford shales — both recorded a drop in rigs from one year ago, according to NGI‘s Shale Daily Unconventional Rig Count. For the week ending Dec. 21, the Barnett had 35 rigs in operation, which is down 34% from the 53 rigs active one year ago. The Eagle Ford Shale, which is a more liquids-focused play, saw a smaller decline. It dropped from 236 rigs one year ago to 234 rigs for the week ending Dec. 21, a loss of 1%.