Texas regulators have put forth a plan – albeit one short on details – to overhaul the state’s electricity market in a bid to shore up reliability, but questions remain regarding its affordability, implementation, and ultimately, performance. 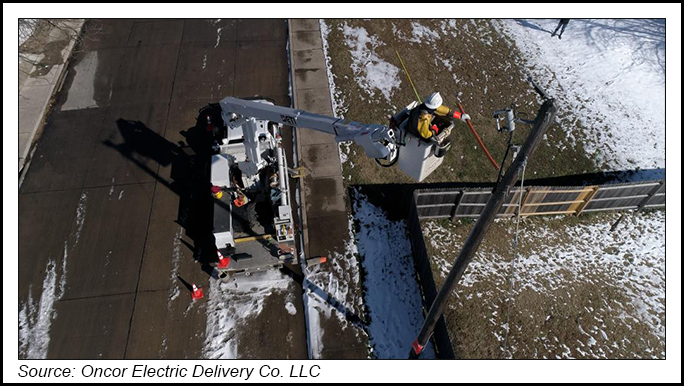 Under the plan, some power generators would be paid to be available to produce more energy during emergencies, such as during periods of high power demand and the loss of electricity production. Generators then would sell the credits to the electric retail providers that sell power to homes and businesses. The credits are designed to provide generators with the incentive to build new power plants, while assuring consumers the power they buy is reliable.

The current market structure within the Electric Reliability Council of Texas (ERCOT) pays generators only for the power they produce.

“We heard Texans loud and clear; they demand a reliable grid,” said PUC Chairman Peter Lake. “Landmark reforms have proven effective in enhancing the reliability of the grid we have today by providing electricity during record heat and Arctic blasts over the past year.”

The PUC’s approval of the PCM market design is “another historic step toward building the grid of the future,” according to the chairman.

The PCM, along with a set of guiding principles, is set to be reviewed by the 88th Texas Legislature before being implemented. Texans and other stakeholders may continue to provide input as plans for implementation are developed.

Lake called the PCM’s adoption “the culmination of 18 months of extensive public and stakeholder engagement, analysis and deliberation.” This included multiple open meetings and work sessions, dozens of hours of public testimony and thousands of pages of input and feedback on suggestions to strengthen operational and market reliability, according to the PUC chairman.

Texas Gov. Greg Abbott was a staunch supporter of the PCM. Earlier this month, he sent a letter to the PUC saying the PCM “is based on a reliability standard, incentivizes new dispatchable generation and maintains Texas’ energy-only market.” The creation of power grid reliability standards was a mandate included in Senate Bill 3 that was passed in 2021.

“The fact that generators have already publicly committed to build thousands of new megawatts of dispatchable generation resources if the PCM is adopted and implemented by the PUC further supports this point,” Abbott said.

In adopting the market redesign, the PUC directed ERCOT to develop bridging options to retain existing power plants and build new generation resources until the PCM can be fully implemented. It also opened a project to evaluate and establish an appropriate reliability standard for ERCOT. Full implementation of the PCM could take up to four years, if approved by the Legislature.

Texas Oil & Gas Association (TXOGA) President Todd Staples called the Commission’s adoption of the PCM “the start of the process.” While recognizing the PUC’s regard for maintaining competition and innovation in its solutions to improved reliability, “concerns remain regarding shifting risk away from generators and toward consumers as the PCM model is crafted and continues to evolve,” Staples said.

He noted that the PCM would cost an estimated $5.7 billion annually based on modeling by consultancy Energy and Environmental Economics (E3), which was hired by the PUC to analyze the proposal. What’s more, E3’s study focused primarily on availability rather than the performance of generators, which was “not sufficiently defined and has yet to be modeled to understand the full cost to consumers,” according to Staples.

“Market incentives for new dispatchable generation performance are key to providing both reliability and affordability to consumers,” he said. “Any plan adopted must ensure reliability services insist that generators are paid for real time performance – this will increase market revenues available to support new investment while addressing the actual reliability in ERCOT.”

Staples added that the Legislature has a role “to ensure oversight focused on consumer protection and to provide policies which will spur new dispatchable generation.”

The Texas Association of Manufacturers (TAM), which includes more than 600 member companies from across the state, also supported that approach. In a statement following the PUC’s decision, TAM CEO Tony Bennett called the PCM “a novel proposal that is not well understood, and has not been modeled, but appears to be designed to ensure a certain profit level for existing generation.

“We remain committed to market design changes that will preserve our competitive market while improving incentives for additional dispatchable generation,” he said. “We are hopeful that a version of the performance credit mechanism can be crafted that would encourage this type of new investment and provide enhanced reliability for consumers without excessive costs.”