Texas energy employment expanded in September by 4,100 to roughly 222,000, with oil and gas extraction jobs increasing for the first time since April, according to the Federal Reserve Bank of Dallas. 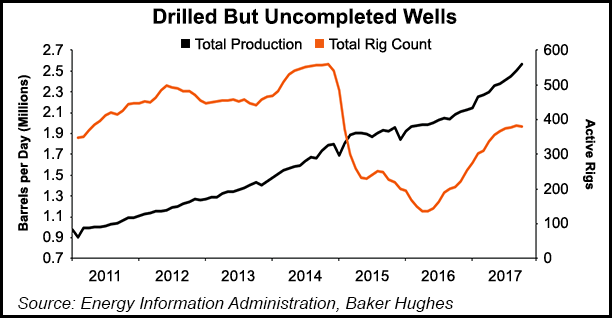 “Support activities for mining added 2,100 jobs, and payrolls in oil and gas extraction increased by 2,000,” said Fed researchers reporting for the Eleventh District. “U.S. oil and gas employment stood at 409,200 in September, with Texas accounting for 54% of the total.”

“This marks the 13th consecutive monthly increase in Permian production,” researchers said. “Eagle Ford production has remained relatively flat, increasing only 40,600 b/d over the past 12 months.”
At the end of October, operating rigs numbered 379 in the Permian and 65 in the Eagle Ford, according to the Eleventh District, which covers Texas, northern Louisiana and southern New Mexico.

A Fed survey of energy executives conducted in September found that business within the Eleventh District improved during the third quarter, but at a slower pace than earlier this year.

Specifically for the Permian, which covers 55 counties in West Texas and southern New Mexico, employment continued to expand in September, growing at a 5.9% monthly annualized rate. “Year-to-date employment has expanded by 5,300 jobs — or a 4.6% year-to-date annualized rate — and has been trending upward since December 2016,” researchers said.

A “potential tailwind” was the third quarter Fed survey, which showed the outlook index rising sequentially to 28.2 from 20.3, while uncertainty among energy executives decreased.

“This could be a hopeful sign for increased employment in the Permian,” said Fed researchers.
The Permian unemployment rate during September declined to 2.9%, only slightly above the 2.7% rate in December 2014, which was the lowest unemployment rate since 2005.

Meanwhile, the Permian rig count during October contracted for the first time since May 2016, to 381 versus 383 in September.

However, even with the lower rig count, economists expect continued expansion, as oil production from the basin increased by 60,800 b/d from September to October, with total production at slightly under 2.6 million b/d.

While the number of Permian rigs declined, the tally of drilled but uncompleted wells (DUC) is expanding at a swift pace.

The Permian DUC count to date in November, more than doubled since October 2016, most recently stood at 2,533, while the count for the United States, excluding the Permian, totaled about 4,800.