The Railroad Commission of Texas (RRC) reported that it issued 38% more original drilling permits year/year across the Lone Star State in February. 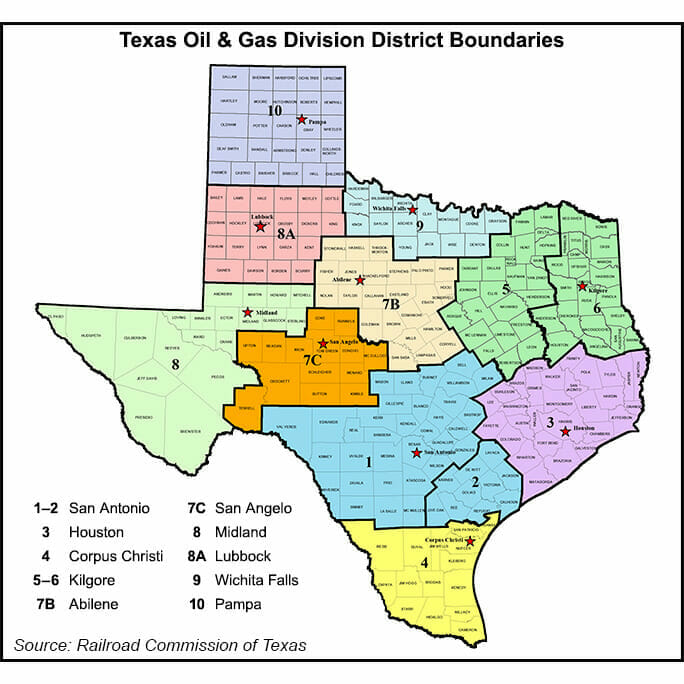 The natural gas and oil industry regulator granted 836 drilling permits in February, compared to 606 during the same month last year.

Texas, particularly the Permian Basin, has been leading “the U.S. onshore in completion activity,” Primary Vision’s Mark Rossano, partner/lead analyst, told NGI. “The Permian is operating at levels we saw in 2018/2019 given the pricing and proximity to the coast, but we are currently running at or near full utilization rates in the area.”

The RRC said that its Midland District, located in the heart of the Permian, accounted for 355 of the 700 February permits to drill new wells – more than any other district.

In its February report, RRC said that its staff had processed 1,747 total well completions year-to-date across Texas for new drills, re-entries and re-completions. It was a 5% year/year statewide increase from the 1,663 completion total for February 2021.

Rossano, whose firm tracks hydraulic fracturing fleets via its Frac Spread Count, said that demand for U.S. crude and natural gas liquids in the global market – particularly from Europe – remains strong and is supporting activity throughout Texas.

In addition, he said that liquefied natural gas demand should stay robust and support a significant amount of activity in East Texas, where part of the Haynesville Shale is located.

Rossano also predicted that rig activity would outpace completion crews as exploration and production companies focus on stabilizing drilled but uncompleted well drawdowns and building inventory to support completion activity through the summer.

He added, however, that supply chain challenges are expanding in scope.

“We are seeing more logistical problems across proppant, casing, and steel…availability and just underlying cost,” Rossaro said. “This has hindered the speed at which crews can operate and the underlying cost of operation.”

Although issues tied to diesel fuel and labor costs have been ongoing, “…now the logistic problems and costs are spreading to hit all levels of inputs,” he said. “We don’t see this improving anytime soon and resulting in accelerating costs and putting a cap on the amount of spreads that can operate.”