For most of the U.S. oil and gas industry, 2021 brought recovery in both production and demand, but key sectors still experienced shrinking employment, according to the yearly report from the Texas Independent Producers and Royalty Owners Association (TIPRO).

In its 2022 State of Energy, Texas’ advocate for oil and gas independents reported the U.S. oil and gas industry saw a 9% net decline of direct jobs between 2020 and 2021, a loss of 55,214 positions. Total direct and indirect jobs equaled almost 12 million last year. 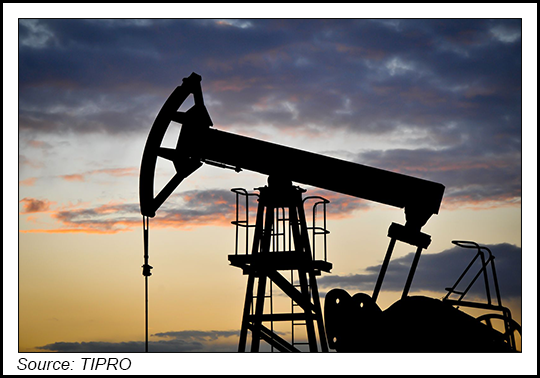 Of the sectors TIPRO tracked that were closely related to natural gas, manufacturers of oil and gas field equipment saw the largest decline, sinking by 12% during 2021 for a loss of 5,877 jobs. Natural gas extraction also saw a significant 9% reduction of 2,270 jobs compared with 2020.

The only sector that saw improvement on the national scale was natural gas distribution, which gained a modest 1,574 jobs for a 1% year/year increase.

Pipeline construction jobs in Texas saw the biggest deficit in 2021, with a 22% reduction of 10,234 jobs. The state also dropped 5% of its natural gas extraction jobs, accounting for 556 jobs lost from the 11,100 extraction jobs tallied in 2020.

Natural gas distribution and pipeline transportation jobs in Texas were two of only three sectors to see growth during the year, netting 1% and 2% growth rates, respectively. Both sectors only accounted for a combined 281 jobs added in the state. Natural gas pipeline transportation has been one of only two oil and gas sectors in Texas to consistently add jobs each year since 2019.

In the face of declining employment, TIPRO reported 2021 was still successful for the oil and gas industry in terms of production volumes and growing rig counts, especially in Texas.

“Despite a number of unique challenges facing operators over the past year, the Texas oil and natural gas industry continued to show its resiliency and significant economic impact,” TIPRO Chairman Brent Hopkins said.

Texas also held the highest average rig count in the country in 2021, with an average of 264 active rigs. The number of rigs in Texas increased from 197 in January to 322 in December. Throughout the country, rig counts averaged 518 in 2021 for the top 13 producing states. The number of active U.S. rigs in those states increased by 241 rigs between January and December of last year.

In January, economists with the Texas Alliance of Energy Producers (TAEP) reported that 2021 was likely a turning point of recovery for the state’s exploration and production (E&P) economy based on its Texas Petro Index.

The index measures growth rates and cycles of wellhead prices, rig counts, drilling permits, well completions, volume/value of production and E&P employment to gauge the health of the industry-related economy.

Headed into 2022, TIPRO is taking cues from member companies, like energy data firm Enverus, to expect a strong outlook for a boom in U.S. supply, which is predicted to almost entirely come from the Permian Basin.

In Enverus’ modeling, growth in 2022 would likely differ from the previous year, coming in more equally distributed waves between the first and second half of the year. U.S. oil supply is expected to grow by an estimated 930,000 b/d over December 2021’s total of 11.7 million b/d. Almost 95% of that growth is to come from the Permian.

“Oil and natural gas development, led by Texas operators, will play a critical role in meeting surging global energy demand for decades to come under any realistic scenario,” Hopkins said.