Two private equity-backed exploration companies are merging their Permian Basin-focused operations to double down in one of the hottest plays in West Texas. 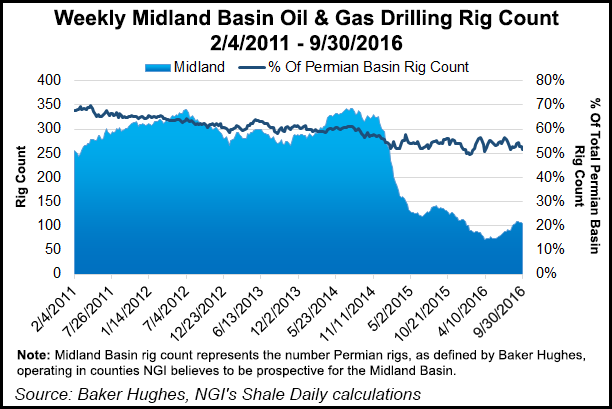 The newly formed company, to be headquartered in Fort Worth, TX, would be helmed by co-CEOs Cody Campbell and John Sellers, who had co-founded the Apollo-backed producer.

“We believe combining the highly complementary Midland Basin acreage positions of Double Eagle and Veritas Energy creates a truly world class asset in the core of the most economic basin in North America,” Campbell and Sellers said.

The combined exploration and production company would begin with a stockpile of 63,000-plus net acres in the Midland, 70% operated, which are predominantly in Midland, Martin, Howard and Glasscock counties.

The value of the tie-up was not disclosed. As separate entities, Double Eagle Lone Star helped Veritas build its leasehold, which stretches into Oklahoma. Double Eagle was formed three years ago, initially to invest in Oklahoma’s Anadarko and Ardmore basins, but it sold most of that acreage in late 2014 (see Shale Daily, Nov. 12, 2014; April 30, 2013).

According to the Railroad Commission of Texas, the Apollo-financed entity has since January produced 1,572 bbl of oil and 2,127 Mcf of casinghead natural gas from the Midland’s Howard, Martin and Winkler counties. Veritas’ combined output in Texas since January from Freestone, Glasscock, Howard, Martin and Navarro counties has totaled 10,856 bbl of oil, 62,065 Mcf of casinghead gas, 1,511 Mcf of gas that did not produce oil (gas well gas) and 51 bbl of condensate.

“With the strength of the new company’s combined management team and its operated, drill-ready acreage position, Double Eagle Energy Permian is uniquely positioned for rapid growth and expansion in the region,” said Chairman Hollis Sullivan, who had been president of Veritas.