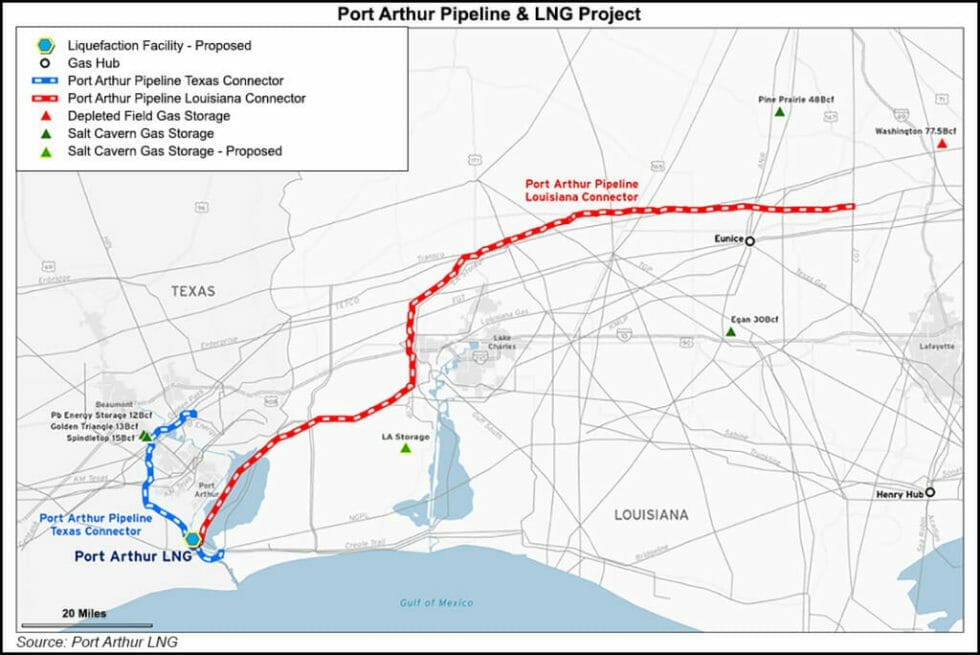 Judges with Texas’ State Office of Administrative Hearings released a decision May 20 on a challenge brought by local group Port Arthur Community Action Network (PACAN) to the expansion project (SOAH Docket No. 582-22-0201). Administrative Law Judges Meitra Farhadi and Heather Hunziker sided with the group in their decision that Sempra hadn’t demonstrated whether their designs for the second phase of Port Arthur LNG  “constitute best available control technology” required by law.

In their ruling, the judges wrote they recommend the Texas Commission on Environmental Quality (TCEQ) approve the draft permit “with revisions that adjust emissions controls and limits for the refrigeration compression turbines, and thermal oxidizers.”

The final decision could now be decided by the TCEQ at a future hearing yet to be scheduled. The three TCEQ commissioners could vote to accept the proposal and revise the permit for Port Arthur LNG’s expansion.

The LNG arm of San-Diego-based Sempra received federal permitting for the two-train initial stage of Port Arthur LNG in 2019. The first phase could potentially produce up to 13.5 million metric tons/year (mmty) of LNG. The proposed expansion under consideration could add an additional two trains and boost the facility’s capacity to roughly 27 mmty.

Port Arthur LNG hasn’t been sanctioned, but crews have been performing early site work in the Sabine Pass community of Port Arthur, TX, since late 2019.

“These emission reductions will at least partially relieve the pollution burden proposed by this new buildout of gas export facilities on the coast for those individuals living and working in this overburdened environmental justice community,” said Amy Dinn, managing attorney with Lone Star Legal Aid.

Sempra Infrastructure has previously targeted initiatives to reduce emissions from its facilities and create carbon capture projects in coastal Louisiana. In its latest agreement for offtake from Port Arthur LNG announced Wednesday, the company reported it had agreed to secure responsibly sourced feed gas and include renewable energy at its site as a part of the deal.