The first phase of Texas Eastern Transmission LP’s Gulf Markets Expansion Project will be ready to enter service once the Spectra Energy Partners LP pipeline gets a go-ahead from FERC. The pipeline has asked the Commission for an OK to begin service by Sept. 23. 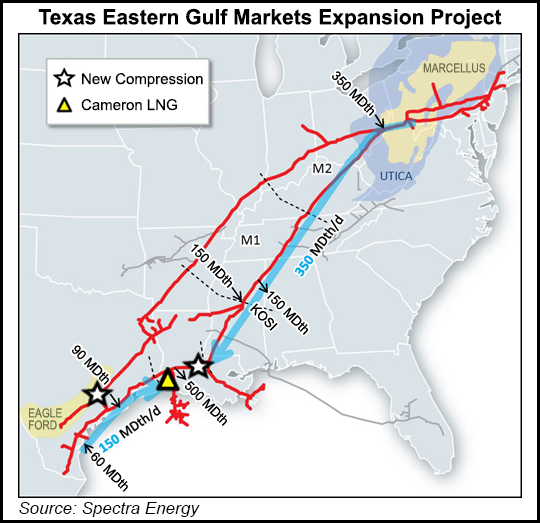 The Federal Energy Regulatory Commission approved the project last December [CP15-90] (see Daily GPI, Dec. 17, 2015). On Wednesday Texas Eastern asked the Commission to approve start of service at all project facilities at the Wheelersburg, Owingsville and Egypt compressor stations; all modified station piping at the Opelousas Compressor Station; and all project facilities at Milepost 231.16, and metering and regulating stations 71287 and 71424.

The project’s first phase was originally slated to enter service this coming November. The second phase is expected to be online in August 2017, according to the project web page on Spectra’s web site. Once complete, Gulf Markets will create capacity to move 650,000 Dth/d from Appalachia and South Texas to the Gulf Coast. The Gulf Markets Expansion includes facilities in Texas, Louisiana, Mississippi, Tennessee, Kentucky, Ohio and Pennsylvania. 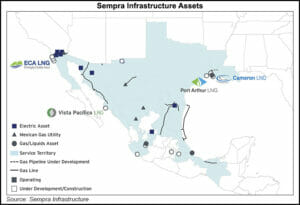