Texas Eastern Transmission LP (Tetco) said in a notice posted last week that it has completed a quarter of the work necessary to restore its Penn-Jersey system to full capacity after it was damaged in an explosion and fire in Westmoreland County, PA, earlier this year.

The company said it remains on track to have the system at full service by Nov. 1, in time for the winter heating season.

In June, owner Spectra Energy Corp. said it would voluntarily conduct a thorough assessment along the Penn-Jersey system’s entire 263-mile stretch between Delmont, PA, and Lambertville, NJ (see Shale Daily, June 28). The Pipeline and Hazardous Materials Safety Administration (PHMSA) previously issued an amended corrective action order requiring a slate of work that must be completed before the system can return to full-service, which Spectra has said aligns well with its plans (see Shale Daily, July 21).

Tetco said on Friday that it has completed the analysis of data from all of its in-line inspections and identified 625 anomalies for investigation. The company is awaiting the results of similar inspections and said the number of sites could increase. Of paramount importance to its Nov. 1 target date, Tetco said, is obtaining the necessary permits to conduct inspections at various locations along the system.

A portion of the system exploded and caught fire in April in Southwest Pennsylvania, toppling trees, razing one house, damaging others and sending one resident to the hospital with severe burns (see Shale Daily, April 29). The system consists of four parallel pipes, one of which, the 30-inch diameter Line 27, ruptured in the blast. Another, Line 19, was returned to partial service in May, while Lines 28 and 12 have remained offline.

Spectra’s assessment includes reviewing data, evaluating construction records, performing field investigations, and interior and exterior inspections that involve uncovering the system in certain locations. In its first corrective action order, PHMSA said a preliminary investigation had shown evidence of corrosion along two of the affected pipe’s circumferential welds (see Shale Daily, May 4). A failed tape coating on the pipe at the incident site has also been installed at hundreds of points along the system.

Of the 625 anomaly sites Tetco has identified, the company has obtained access for 350 and completed excavation on 300. It has completed its evaluation of 265 of those sites. The company said it would increase the number of work crews along the pipelines as it receives more permits in order to accelerate the current pace of completing 40 sites per week.

It is also finalizing the hydrostatic testing plan for Lines 12 and 27 between Delmont and Armagh, PA. The company said it will provide bi-weekly updates, or more if necessary, about the progress it’s making on returning the system to full capacity. 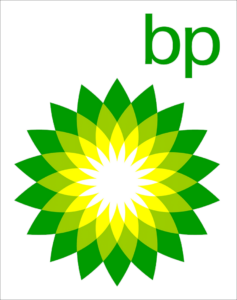 BP plc has started to link downstream customers in China with liquefied natural gas (LNG) imports, creating a fully integrated supply chain in a country that continues to lead the world in energy consumption growth.  The first LNG cargo delivered under BP’s new terminal usage agreement arrived over the weekend at the Guangdong Dapeng LNG…