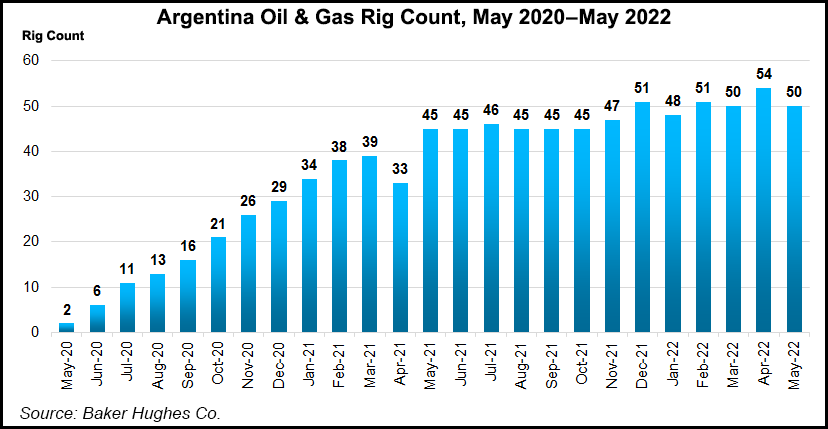 The company’s mill will “start working three shifts (24/7) to reach record levels, figures that had only been matched by the Loma la Lata project in 1986,” Tenaris said. Loma la Lata is a major oil and gas field in Neuquén.

Controversy has surrounded the natural gas pipeline with former Production Minister Matías Kulfas alleging there was corruption in the awarding of the contract. The minister was asked to resign over the matter.

In related news underlining government instability in the country, in early July Economy Minister Martín Guzmán also resigned. The Energy Secretariat is under the charge of the Economy Ministry.

A second tender for the construction of the pipeline is ongoing.

The project would expand the capacity of the country’s natural gas transport network by 25% and enable continued development of the Vaca Muerta in the Neuquén Basin, said state-owned Energía Argentina, which is in charge of the project.

The project “will mark the path forward for our country for the next 25 years,” said Energía Argentina CEO Agustín Gerez. Bids for the pipeline’s construction are due on July 8. More information on the tender can be found here in Spanish.

The news comes as production from Vaca Muerta continues to jump. In May, overall natural gas production in Argentina rose by 12% to 136 MMm3/d, according to the country’s Energy Secretariat. Driven by Vaca Muerta, gas from unconventional sources rose 56% to 76 MMm3/d.

Energy Secretary Darío Martinez said that the pipeline, which the government has reported could be online next year, will continue to drive natural gas growth in the country. He also said the pipeline would help to displace imports from Bolivia and via liquefied natural gas.

Vaca Muerta is considered to be the second largest shale resource on earth.