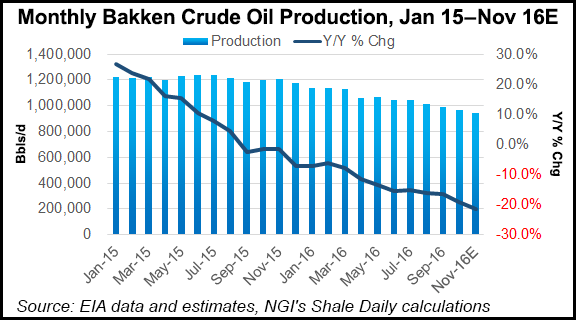 Viewed as an economic conduit for the state’s Bakken Shale-produced sweet crude oil, which has found markets on the nation’s three coasts, eleventh-hour concerns raised by the Standing Rock Sioux Tribe have inspired an encampment of protesters who have reportedly gone beyond peaceful demonstrations in trying to halt a pipeline crossing under a dammed portion of the Missouri River near the Sioux reservation.

The Texas-based backer of the pipeline, Energy Transfer Partners (ETP), on Tuesday posted a $100,000 reward for information related to an arson attack that caused $2 million in damage to a construction site in Iowa. Dakota Access and its contractor, Precision Pipeline, are offering the reward for information leading to the arrest and conviction of those responsible. ETP also created a telephone hotline (855-430-4491) for tips.

Three bulldozers and an excavator belonging to the contractor were damaged last Saturday at a site near Reasnor, IA, about 40 miles east of Des Moines, according to the Jasper County Sheriff’s Office, whose investigators said the fire looked like it was set intentionally.

In the meantime, in Morton County, ND, where the encampment is located, Sheriff Kyle Kirchmeier continued to block major highways in the area of the protest, causing a Standing Rock councilman from the nearby Sioux reservation to criticize the sheriff for “literally dividing our communities.”

On Thursday, the Society of Environmental Journalists wrote to North Dakota Gov. Jack Dalrymple and Attorney General Wayne Stenehjem to protest the arrest of two journalists covering the protests. One documentary filmmaker was allegedly jailed for two days. Charges against both journalists were dropped.

Earlier this week, the National Infrastructure Alliance, a group of construction unions, wrote to President Obama urging him to direct the U.S. Army Corps of Engineers to allow the Dakota Access project to be completed. “This unfortunate situation demands your immediate attention,” wrote Raymond Poupore, executive director of the Washington, DC-based alliance.

Members of the North Dakota Public Service Commission (PSC), which had to review and approve the portion of Dakota Access pipeline cutting through their state, now have been telling local news media they don’t know why the Sioux didn’t raise the tribe’s concerns about protection of water and cultural/burial sites earlier in the process when the PSC held three public hearings on ETP’s project during permitting.

Sioux leaders argue that the tribe was not adequately involved in the permitting process, as PSC Chairman Julie Fedorchak and Commissioner Brian Kalk have contended to local news media. “We followed the process, held our hearings, made our decision,” Kalk told the media.

Local energy journalists have pointed out that tribes and state officials have historically had a problematic relationship as the Native American leaders prefer to interface with the federal government on what they consider a nation-to-nation basis.