Liquefied natural gas (LNG) project developer Tellurian Inc. in the third quarter bought and sold its first LNG cargo under a master agreement reached last year, according to a report the company filed with the U.S. Securities and Exchange Commission (SEC). 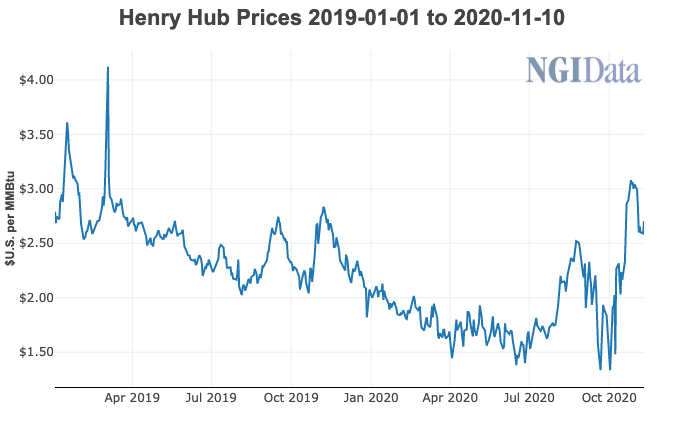 Tellurian’s marketing arm bought the cargo in July and subsequently sold it to an unrelated third party, earning about $7 million in the transaction, management said in a third-quarter report to the SEC. Additional details were not provided.

Houston-based Tellurian entered into the master agreement in April 2019 partly to earn revenue and partly to prepare for potentially significantly more trading activity if its proposed Driftwood LNG export project in Louisiana comes on line. The agreement sets out the general terms under which Tellurian would buy LNG cargoes produced by other parties and then sell them.

Driftwood at full buildout would have capacity of 27.6 million metric tons/year (mmty), equivalent to about 3.6 Bcf/d of gas, but management has said the project could come on line with a first phase of 14.4 mmty at an all-in cost of $16.8 billion.

Tellurian in June delayed a planned final investment decision (FID) on the Driftwood project by one year to 2021, with production projected to start in 2024.

The project sustained a significant setback in late May, when India’s largest gas importer, Petronet LNG Ltd., canceled a preliminary deal to invest $2.5 billion in Tellurian for 5 million metric tons/year (mmty) of LNG.

Tellurian is still negotiating with Petronet and management expects rising LNG prices would lead to enough investment in the project to allow for an FID next year.

“Natural gas markets and prices have recovered worldwide,” CEO Meg Gentle said Friday. “Investment in new drilling and infrastructure is acutely needed to balance the market in 2021 and beyond. Building liquefaction terminals as fully integrated partnerships is the only way partners will secure the lowest cost of gas and be protected from the market’s inherent volatility.”

Tellurian management has said Driftwood could offer partners a free-on-board price of $3.50/MMBtu as its business model owns upstream assets and pipeline transportation. However, Tellurian requires partners to invest $500 million in the company for every 1 mmty of guaranteed offtake. Most U.S. projects charge customers long-term take-or-pay liquefaction fees of about $3.00/MMBtu, and customers procure gas at Henry Hub spot prices.

Tellurian owns 10,067 net acres and 71 producing wells in the Haynesville shale formation in northern Louisiana. Its natural gas production in the third quarter totaled 4.1 Bcfe with sales of $7.3 million, up from $6.3 million in the second quarter but down from the year-ago total of $9.3 million, management said.

Tellurian had about $77.9 million in cash and cash equivalents at the end of the third quarter and about $80.8 million in outstanding debt.