TC Energy Corp. has lost a bid to use a toll discount to gain high-volume pipeline traffic for liquefied natural gas (LNG) exports by the Royal Dutch Shell plc-led terminal under construction on the northern Pacific coast of British Columbia (BC). 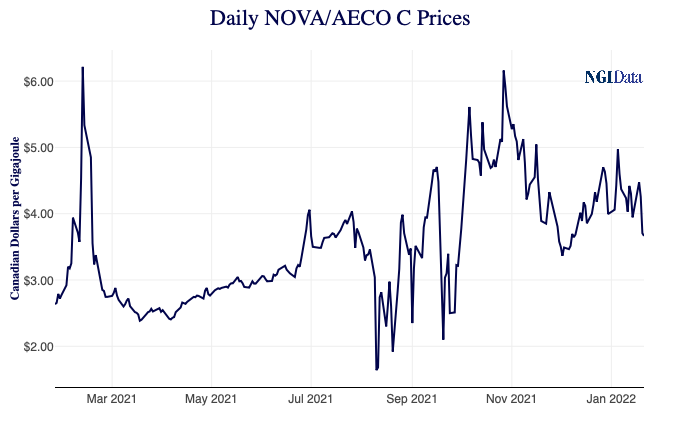 The Canada Energy Regulator (CER) rejected the bargain rate sought by TC subsidiary Nova Gas Transmission Ltd. (NGTL) for shipments of up to 575 MMcf/d by one of the LNG Canada partners, Petronas Canada Ltd.

The CER issued the ruling ahead of the decision date set by NGTL’s deal to use its North Montney Mainline in northern BC. The contract allows Petronas to cancel its shipping commitment if the discount toll is not approved by Jan. 31.

In advance of the rejection, NGTL had stated that a pipeline’s ability to compete for traffic would be impacted if an industry dispute ignited by the proposed toll discount ended in a negative verdict.

Rejection “would set a terrible precedent,” said NGTL in its final argument in the CER review. Discarding the toll bargain would “unnecessarily interfere with the proper functioning of the market, and deter regulated pipelines from responding to competition with proactive and innovative solutions.”

The opponents urged the CER to enforce long-standing public utility rules that protect pipeline financial health and prevent overbuilding by requiring tolls to be based on costs of providing service.

Westcoast calculated the NGTL discount toll for Petronas would be C21 cents (17 cents)/Mcf, or 30% less than its forecast 2022 cost-based rate of C30 cents (24 cents).

The WEG, whose members contract for 1.3 Bcf/d of capacity on NGTL, said the contested discount toll would be C46 cents (37 cents) off rates for comparable service for other customers of the TC supply collection grid.

The special bargain would give “unduly discriminatory preferential treatment to one shipper – Petronas – at the cost of all other NGTL system shippers,” said the WEG. Westcoast noted that “users of pipeline facilities should bear the financial responsibility for the costs caused by the transportation of their gas.”

The CER approved a parallel application by NGTL to build a link into the Coastal Gaslink supply pipeline now under construction for LNG Canada. However, the agency rejected an NGTL request for a quick decision on tolls for other users of its northern BC leg.