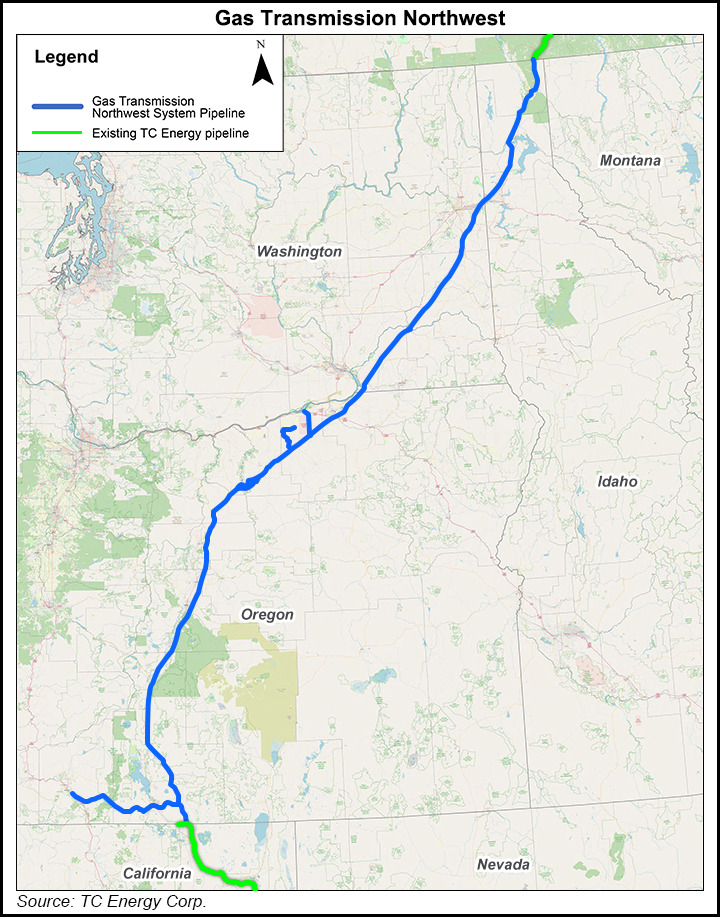 In the final EIS, FERC staff said with the recommended mitigation measures, the GTN XPress Project would result in some adverse environmental impacts, but none are considered significant.

Federal Energy Regulatory Commission staff said the EIS does not characterize the project’s greenhouse gas emissions as significant or insignificant because the Commission is conducting a generic proceeding to determine whether and how it would conduct significance determinations going forward.

At the same time, the EIS concluded that no system or alternative would meet the project objectives while providing a significant environmental advantage over the project as proposed.

The project includes modifications and/or additions to the Athol compressor station (CS) in Kootenai County, ID, the Starbuck CS in Walla Walla County, WA, and the Kent CS in Sherman County, OR.

GTN traverses 1,377 miles from the Canadian border, through a corner of Idaho, and into Washington and Oregon, interconnecting with a pipeline to California. In operation since 1961, the pipeline transports up to 2.7 Bcf/d.

Last month, Idaho Republican Sens. James Risch and Mike Crapo, Gov. Brad Little and Reps. Russ Fulcher and Mike Simpson sent a letter to FERC in support of the project. They said the project would help meet growing natural gas demand from residential, commercial and industrial consumers in the state and Pacific Northwest.

They noted that Intermountain Gas Co., which serves more than 400,000 customers in 74 communities in Idaho, has signed on to take more than half of the project’s new capacity for the next 30 years. The MDU Resources Inc. subsidiary expects its customer base to grow by 2.8% annually.

The remaining capacity has been contracted by two other shippers for 30 years, “clearly indicating region-wide public need,” the lawmakers said.

The project failed to garner support from the attorneys general (AGs) in California, Oregon and Washington, however. In August, the AGs filed comments protesting the project, which they said was inconsistent with state laws requiring a reduction in climate emissions and a transition to renewable energy.

“There is insufficient evidence the project serves a public necessity or the public interest,” the AGs said in comments to FERC. “Instead, the evidence indicates that existing customers will subsidize the expansion, and the project will primarily serve the interests of Canadian gas producers in gaining market share, not the needs of American consumers.”