TC Energy Corp. on Wednesday got a green light from Canadian regulators to advance an expansion of Nova Gas Transmission Ltd. (NGTL), allowing more natural gas supply to be moved from the Montney, Duvernay and Deep Basin formations. 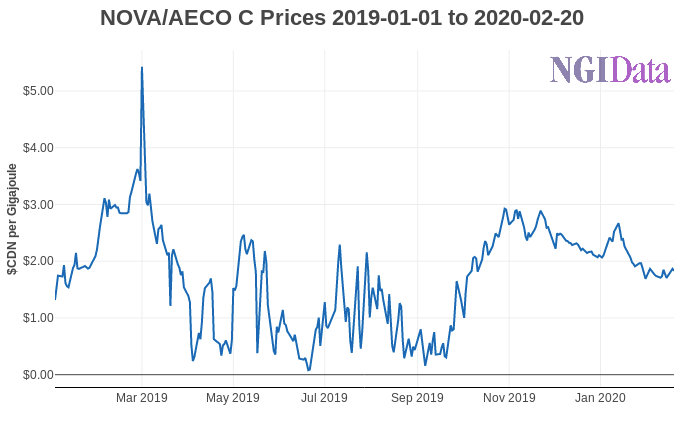 The CER approval imposed 58 conditions that respond to national Liberal government priorities such as protection of northern caribou and cooperation with native tribes for the full lifespan of the pipeline.

“The project is driven primarily by Western Canada Sedimentary Basin (WCSB) producers seeking increased access to markets and the ability to compete for downstream market share,” CER said in its 330-page decision.

The pipe and compressor additions would provide tight and shale gas development in the Montney and Duvernay formations in Alberta and British Columbia (BC).

“The migration of supply into the more prolific Montney, Deep Basin and Duvernay supply areas has resulted in a geographic shift in the supply distribution on the NGTL system,” the CER noted.

About three-quarters of WCSB gas crosses the Nova grid to reach markets in Alberta and Central Canada, as well as export destinations across the United States.

Production flowing into NGTL is forecast to rise through the 2020s, reaching 17.3 Bcf/d by 2030 as shippers respond to demand by Alberta thermal oilsands plants and Canadian power generation while continuing to compete for U.S. sales.

Supply growth is strong in the WCSB gas district straddling northern Alberta and BC, which NGTL calls the Peace River Production Area (PRPA) after the geographic feature that knits together the region.

Since 2013, when WCSB gas production was 6.4 Bcf/d or 63% of NGTL gas traffic, the northern PRPA share of the pipeline web’s total supply has risen to 8.6 Bcf/d or 76%. By the 2021 expansion project’s completion, NGTL predicted PRPA gas supply will hit 11.3 Bcf/d and account for 85% of flows across its grid.

The CER ruling follows the sanctioning by TC earlier this month of the separate Alberta Xpress and NGTL Intra-Basin System Expansion projects, which also aim to expand market access in Alberta and to the Gulf Coast for gas produced in the WCSB.