TC Energy Corp. and the Alberta government on Tuesday announced a C$7.5 billion ($5.3 billion) financing agreement and immediate start on construction for the Keystone XL oil export pipeline into the United States. 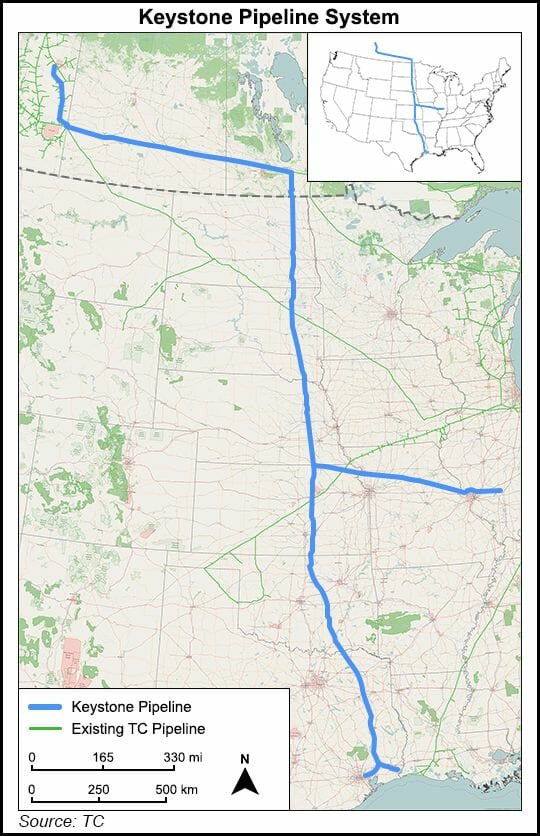 While still awaiting contested federal court and state permit approvals in the United States, TC said the government support would enable work to start right away on the 259-kilometer (155-mile) Canadian leg of Keystone XL from Central Alberta to the U.S. border.

“We cannot wait for the end of the pandemic and the global recession to act,” said Kenney. “Today we are moving forward with a project that is essential to our future prosperity.”

The UCP also predicted the provincial ownership stake in the pipeline would pay off.

“After construction is complete, we will be able to sell our shares at profit,” said Kenney. The deal commits TC to buy the stock a year after exports begin flowing.

“In addition, the project will have a net return of over C$30 billion [$22.5 billion] to the Alberta taxpayer through royalties and higher prices for Alberta oil in the next 20 years.”

TC management described Keystone as ready to build after a decade of regulatory, legal and political duels with U.S. environmental, landowner, native and government opponents.

The Calgary pipeline giant set a 2023 target to complete the 1,947-kilometer (1,210-mile) conduit to Nebraska, where a Steele City junction with other TC lines would enable Alberta oil exports to flow to refineries on the Gulf Coast.

The deal calls for TC to cover US$2.7 billion of Keystone’s forecast $8 billion construction costs. TC has indicated oil shippers have signed 20-year contracts for 575,000 b/d, while another 115,000 b/d of traffic would be transferred to the new conduit from its other export facilities.

Management promised the construction program would include defenses against the coronavirus pandemic.

“We will continue to take guidance from all levels of government and health authorities,” said Girling. “Construction will advance only after every consideration for the health and safety of our people, their families and of those in the surrounding communities has been taken into account.”

Canada’s Natural Resources Minister Seamus O’Regan said the announcement was “good news for our oil and gas industry. It comes at a time when the industry needs it. It means thousands of good, well paying jobs for the highly skilled workers the industry needs now and into the future.

“The Government of Canada has always been a strong supporter of Keystone XL. The project increases our market access — safely, responsibly and sustainably — and fits within Canada’s climate plan. I commend the Government of Alberta on providing equity support and loan guarantees. These will help to ensure the success of the project.”

O’Regan said the “extraordinary global conditions have given rise to extraordinary challenges for Canadian energy sector workers and their families.” The Keystone announcement “will bring about real benefits to our country’s economy, and continue to set the bar for strong safety and environmental practices.”