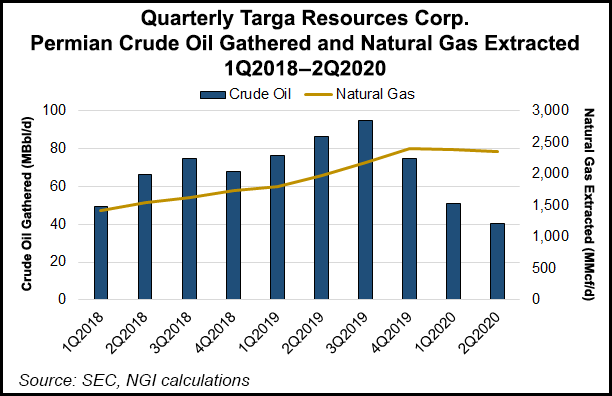 Targa Resources Corp.’s gathering and processing (G&P) volumes in the Permian Basin held steady in the second quarter, despite shut-ins, as producers remained active, with volume growth expected to the end of the year.

“This sets us up well” for the second half of the year “as we expect the benefit from stronger production across the Permian,” CEO Matt Meloy said on the quarterly earnings call Thursday.

“I think we benefit from just having a really large footprint in the Permian Midland,” with “really high quality, well capitalized good producers as well. So I would say on average we would expect them to outperform the Basin and we’ve seen that continue to prove out,” Meloy said.

Targa’s Badlands inlet volumes were down 30% and its Central segment volumes were off 15% sequentially, the company said, disrupted by the coronavirus pandemic.

On the capital expenditure front, Targa said since the start of 2020, it has completed the vast majority of its major growth capital projects underway either on or under budget. Targa commenced operations at the 250 MMcf/d Gateway Plant in the Midland earlier than planned, which Meloy emphasized on the call.

The Gateway plant came “online ahead of schedule” and the company is “currently processing volumes at higher levels” in the Permian Midland as a result, Meloy said. “The addition of Gateway enhances our operational flexibility to move volumes across our system.”

Though pandemic-induced headwinds persist, Targa largely cleared the decks during the first quarter, writing down assets, cutting the dividend and slashing the budget by more than $1 billion. 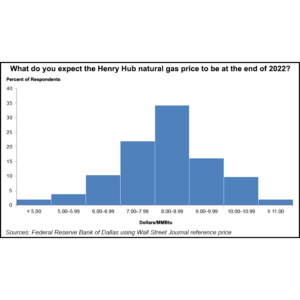