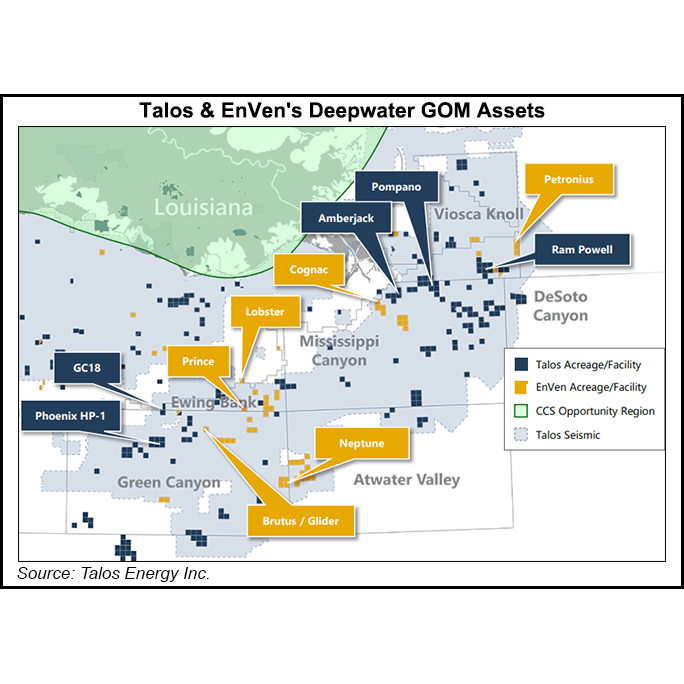 The acquisition, slated to close by the end of the year would expand the company’s production by 40% and gross acreage by 35%. The buy would give Talos another 24,000 boe/d of production, more than 80% oil-weighted and 90%-plus operated.

In addition to its U.S. GOM operations, Talos is the former operator of Block 7 offshore Mexico. Still a Block 7 partner, Talos said it expects a final investment decision on the Zama field development in 2023.

In addition to accelerating upstream segment growth, the upsized company’s greater scale and diversity would allow it to speed up expansion of the proposed carbon capture and storage operations.

Talos shareholders would own about 66% of the combined company, with EnVen’s equity holders owning the remaining 34%. Both companies’ boards have approved the transaction

Duncan would remain CEO and keep his seat on the expanded board, which would include six Talos directors plus current EnVen directors Shandell Szabo and Richard Sherill. Talos expects no changes to its senior management with the transaction.