Lower 48 midstream giant Tallgrass on Wednesday stepped up to sell 500-plus acres in Louisiana to help restore the eroding coastline and protect communities from hurricane damage. 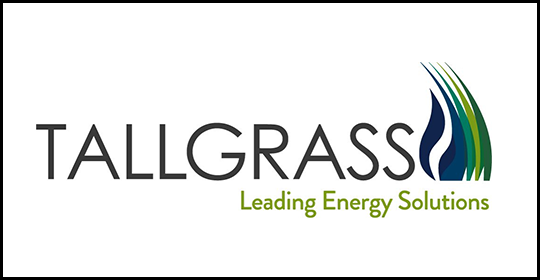 The company, which has natural gas and oil pipeline assets across the country, agreed to sell the acreage in Plaquemines Parish for $36 million to the Louisiana Coastal Protection and Restoration Authority (CPRA).

The land had been earmarked for a proposed $2.5 billion oil export terminal and pipeline project by Tallgrass. However, the proposal faced opposition from groups that argued the facility would be built atop a historic burial site of enslaved people, as well as impact ecological restoration efforts. Tallgrass canceled the project last year.

Tallgrass’ Matt Kegg, director of Terminals, said the company was focused on being a part of the community.

“When we started with the property in Plaquemines Parish, we set out to be a partner of Ironton and Southeast Louisiana for the long haul,” Kegg said. “While our development plans changed over time, our commitment to the community remains unchanged. We are thankful for what these initiatives enable us to do for the community of Ironton, Plaquemines Parish and Louisiana more broadly, and we appreciate everyone’s efforts to begin this new chapter, together.”

Gov. John Bel Edwards for years has been spearheading efforts to create more coastal wetlands to serve as a natural storm barrier.

“Our state is in a battle against time and the elements to shore up our coastlines before it’s too late,” Edwards said. “By prioritizing the people of Southeast Louisiana and advancing our hurricane preparedness, this agreement highlights the importance my administration has placed on attracting companies to Louisiana who prioritize Louisianans.”

Under the agreement, CPRA would advance the Mid-Barataria Sediment Diversion at the site without exercising eminent domain. In 2018, the U.S. Geological Survey estimated that Louisiana’s coastal parishes lost almost 2,000 square miles between 1932 and 2016, an area larger than Rhode Island. Louisiana’s long-range coastal plan has estimated restoration could cost up to $50 billion over 50 years. The City of New Orleans and several parishes, including Plaquemines, had filed lawsuits against the oil and natural gas industry for its role in Louisiana’s coastal land loss.

Tallgrass is not exiting the state. Under the agreement to sell the acreage, it was given the right to continue to evaluate potential renewable and clean energy developments in the parish. Among other things, Tallgrass may collaborate with CPRA and the local community to ensure its activities are consistent with the coastal diversion program.

Additionally, CPRA and Tallgrass plan to create the Ironton & Southeast Louisiana Committee. Stakeholders from Ironton and Plaquemines Parish, as well as Tallgrass and CPRA, would be tasked with developing a strategic plan to protect, preserve and memorialize the Saint Rosalie Plantation Cemetery.

“These steps will be additive to Tallgrass’s previously established 50-acre, permanent buffer-zone, which was created in 2020 to prohibit industrial development adjacent to the historic community of Ironton,” the company noted. “The committee will also have responsibility for identifying and recommending opportunities to invest at least $3 million to support community resiliency and development.

“Any renewable and clean energy development opportunities identified by Tallgrass would also be subject to the measures implemented under the strategic plan.

“This agreement gets us one step closer to building a first-of-its-kind environmental infrastructure project that will fundamentally change our state’s ability to fight land loss. It enables us to build a cornerstone project of our Coastal Master Plan and represents the kind of collaboration between community, government and the private sector that is required to effectively restore our coast,” said CPRA Chairman Chip Kline. “Tallgrass understands the challenges we’re facing in coastal Louisiana and has prioritized putting this land to its best use – creating a stronger, more resilient coastline that supports our entire state.”

Once the transaction is completed, now set for early 2023, Tallgrass plans to dedicate $3 million from the proceeds of the site sale to advance social and economic development initiatives in the region. The first of these initiatives would be contributions to help reconstruct the Saint Paul Missionary Baptist Church. Tallgrass also plans to assist with “other needs of the community of Ironton” following damage from Hurricane Ida.

“For so many years, this community has been neglected,” Saint Paul Pastor Haywood Johnson Jr. said. “I appreciate Tallgrass’s willingness to contribute wherever needed and their decision to remain a part of our community. I look forward to our discussions about preserving the Saint Rosalie Plantation Cemetery, as well as ensuring the health and well being of Ironton.”