Mexico’s Supreme Court ruled last Thursday that key components of legislation passed in 2021 to overhaul the country’s electric industry law (known by its Spanish initials LIE) do not violate the constitution. 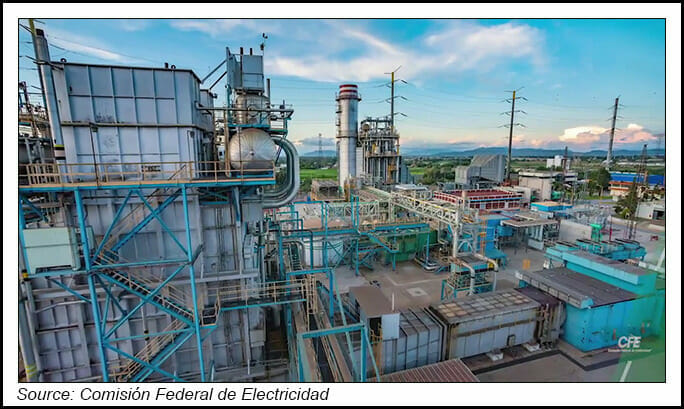 The decision is a victory of sorts for President Andrés Manuel López Obrador, although the law still faces numerous challenges in lower courts. Multiple legal injunctions halted the law’s implementation shortly after it was passed.

The reform modifies the electricity dispatch order from a merit-based model in which the cheapest power sources are dispatched first, to one in which generation assets owned by state power company Comisión Federal de Electricidad (CFE) would receive priority.

On Thursday, following the high court ruling, Salazar said, “The U.S. government respects Mexico’s sovereignty and democratic processes. It is in that vein of cooperation and respect that we are concerned that the 2021 electricity law is likely to open the door to endless litigation, creating uncertainty and impeding investment.”

He added, “The measures now before the Mexican legislature have impacts on North American competitiveness, and thus we hope that the legal framework that emerges will support the creation of a North American clean energy powerhouse, protect current and future U.S. business investments in Mexico in accordance with Mexico’s obligations under the United States-Mexico-Canada Agreement, and protect the integration of U.S.-Mexico supply chains for the prosperity of our region.

“We hope that any legal framework will make a clear commitment to combat the climate crisis and provide clean, affordable, accessible energy to all.”

The LIE modification, if implemented, also would eliminate the obligation of CFE – Mexico’s largest power distributor – to purchase electricity via competitive auctions, instead allowing it to negotiate directly with generators.

In a Friday note, BBVA Research economists Alfonso Gurza, Gabriela López and Carlos Serrano noted that seven of the court’s 11 justices voted to deem the law unconstitutional, just one vote shy of the eight required to invalidate it and establish a binding precedent. The complaint alleging the law’s unconstitutionality was brought to the court by a group of opposition senators.

The decision leaves the door open for pending challenges to the law on environmental and antitrust grounds to be resolved by lower courts on a case-by-case basis, and by the Supreme Court if necessary, the BBVA team said.

If appeals to these lower court sentences reach the Supreme Court, only a simple majority will be required for affirmation or reversal, rather than the supermajority required for the constitutional challenge brought by senators, researchers said. Since seven of the 11 justices voted to declare the law unconstitutional, the high court would be likely to vote against its implementation in future cases, the BBVA team said.

In the meantime, López Obrador is pursuing an overhaul of the constitution through the October bill. This bill, like the LIE reform, would end the requirement for CFE to purchase electricity through competitive auctions.

It also would require CFE to generate at least 54% of the country’s electricity, leaving the remainder to the private sector.

Leadership of the opposition Partido Revolucionario Institucional (PRI) has signaled the party cannot support the bill in its current form, although the president has expressed confidence it can still pass the Senate.

The reform would eliminate the Comisión Reguladora de Energía (CRE), which oversees the downstream and midstream hydrocarbons segment and the electric power market, along with upstream oil and gas regulator Comisión Nacional de Hidrocarburos (CNH).

In addition, the legislation would eliminate clean energy certificates, or CELs, a mechanism introduced under the previous government to incentivize clean energy.