Global natural gas prices remained strong Tuesday as benchmarks in Europe and the United States bounced back amid a colder forecast and supply shortages that are seen keeping the market tight. 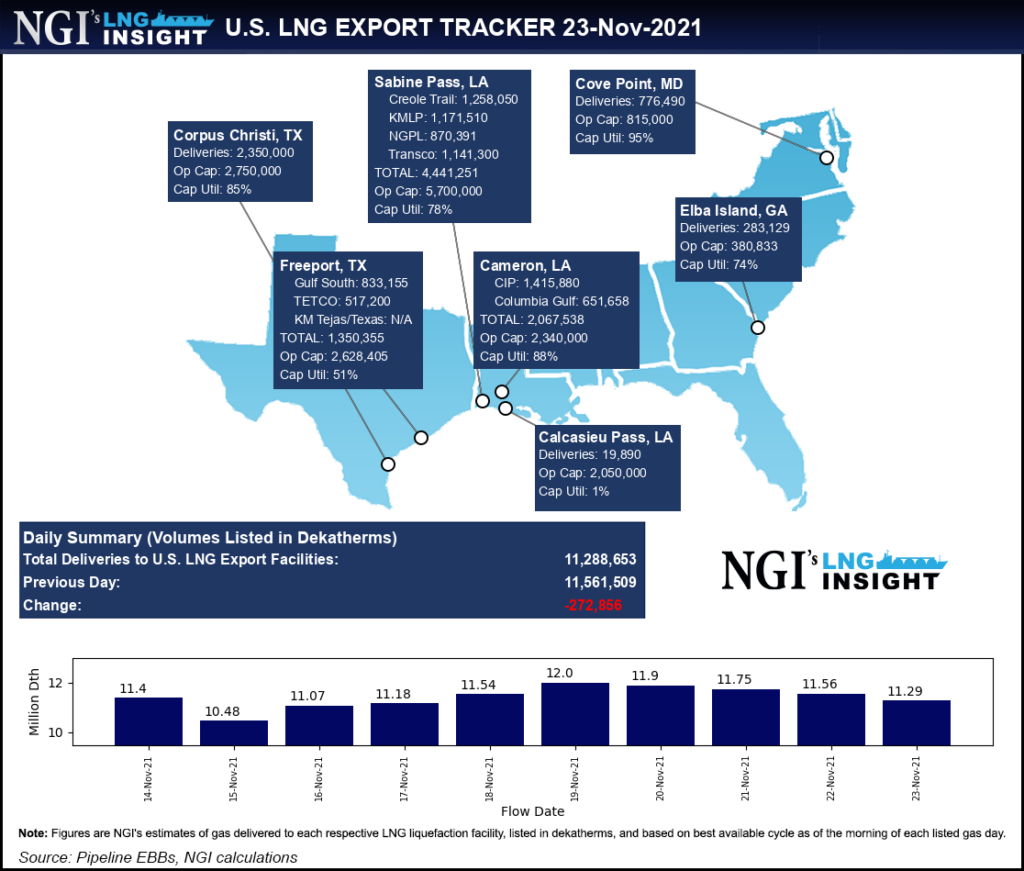 Dutch and British futures finished the day slightly higher, with the front-month contracts both settling above $30/MMBtu. In the United States, the prompt Henry Hub contract moved higher on a cold shift in the weather forecast. The prompt month gained 17 cents to finish at $4.96/MMBtu after being weighed down on Monday by the prospect of a coronavirus resurgence.

European prices rose for most of last week, lifted by a decision from German regulators to delay certifying the Nord Stream 2 (NS2) pipeline, seen as key to getting more Russian supplies to gas-starved Europe. Russia also elected not to book additional capacity into Western Europe next month. European prices dipped Friday and Monday amid technical selling and measures to stop the spread of Covid-19.

Wavering prices in Europe put downward pressure on spot prices in North Asia, which gave up some ground Tuesday and were assessed near $33.

However, ongoing concerns about how long it could take NS2 to come online, and additional U.S. sanctions on ships and entities that helped complete the pipeline, pushed European prices higher Tuesday. Rystad Energy analyst Zongqiang Luo said the firm is now estimating that NS2 would be certified by regulators in April at the earliest, “with ample potential for an extension through to August 2022.”

Natural gas shortages and the rising cost of the commodity have forced Europe to burn more coal, which has pushed carbon prices to record highs. Allowances to burn carbon on the continent surpassed 70 euros for the first time ever Monday. The rally was also spurred by an agreement at COP26 earlier this month establishing rules for an international carbon market. Carbon corrected on Tuesday and finished lower at 69.12 euros.

Meanwhile, Asian liquefied natural gas (LNG) imports are being squeezed by outages at Malaysia LNG, Brunei LNG and Gorgon LNG. The supply issues, along with steady spot demand for winter cargoes, have all combined to keep Asian LNG prices stable. Problems at the plants could also force the region’s larger buyers to take more spot cargoes.

“While Japan is likely to be well prepared for this winter, considering improved nuclear power availability and high LNG inventories, disruptions to expected deliveries could leave Japanese buyers with little choice but to return to the brutal spot market, which they have sought to avoid,” Luo said.

Rystad also noted that China has retreated a bit from the spot market amid high prices. Daily transmissions from Russia to China via the Power of Siberia pipeline have helped to fill the void, flowing 30% above contractual volumes at about 135 million cubic meters/day, Luo said.

LNG spot trade is still heating up. Europe is set to receive its most LNG cargoes since May, with 31 tankers scheduled to arrive this month, according to Schneider Electric. Buying across the world has lifted LNG freight rates to record highs in the Pacific Basin. Spark Commodities assessed the cost to charter a vessel in the region at $360,250/day on Tuesday, up 8% from the previous assessment last Friday. Rates in the Atlantic Basin were assessed at $279,000/day, up 6% over the same period.

“A lack of vessel availability from independent vessel owners, coupled with strong cargo demand and opportunistic sublets is continuing to drive prices to record highs,” Spark CEO Tim Mendelssohn told NGI on Tuesday. He said it is difficult to see any significant changes in the short-term freight market given how tight things are.

Crude prices have also climbed higher this week, lending support to global gas benchmarks on Tuesday. The Biden administration on Tuesday said it would release 50 million bbl of oil from the Strategic Petroleum Reserve, joining other nations that also announced releases. The move could prompt the Organization of the Petroleum Exporting Countries and its allies to respond.

Trader Energi Danmark said Monday the gains have been “attributed to new rumors, that the OPEC countries, first and foremost Saudi Arabia, are reconsidering the production agreement they reached a few weeks ago” to gradually increase oil output.

In other developments, Cheniere Energy Inc. produced its first LNG at Train 6 of the Sabine Pass export terminal in Louisiana. Feed gas was introduced to the new train in September and the terminal is expected to be finished in 1Q2022.

In Canada, the 2.1 million metric tons/year Woodfibre LNG project said it has signed an engineering, procurement and construction contract with McDermott International Ltd., bringing the terminal one step closer to reality. The project, which would be located in British Columbia, is expected to start construction next year.

On the other side of the country, Repsol SA has completed its acquisition of the Canaport LNG import terminal in Saint John, New Brunswick from Irving Oil Ltd. Repsol has renamed the terminal Saint John LNG.