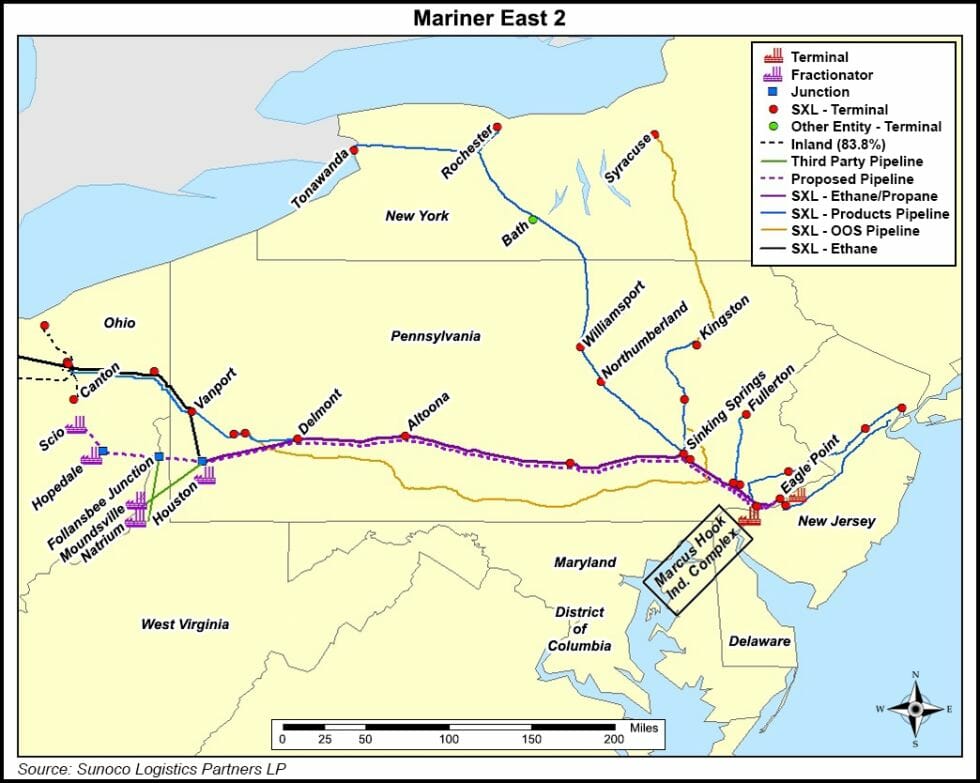 According to Sunoco, the Mariner East 2 project calls for development of a pipeline from Scio, OH, to a terminal in Marcus Hook, PA on the Delaware River south of Philadelphia, operated by subsidiary Sunoco Partners Marketing & Terminals LP. The pipeline, which will transport ethane, propane and butane, is expected to be in service by early 2016.

“We are bullish on the production growth from the Marcellus and Utica shales,” said Sunoco Logistics CEO Michael Hennigan, adding that the company believes the supply of NGLs “will continue to outpace demand.

“Mariner East 2 would provide the highest value option for producers in this region as an export solution on the East Coast. We will continue to add storage and expand our Marcus Hook complex to be a world-class NGL facility on the East Coast. In addition, the 800-acre Marcus Hook site is well positioned for further NGL processing.”

Sunoco Logistics spokesman Jeffrey Shields said the company has not announced an end date to the open season.

If constructed, Mariner East 2 would compete against two other recently announced projects that would transport NGLs from the Appalachian Basin to the Gulf Coast.