Calgary-based Suncor Energy Inc. saw its earnings jump in the first half of the year, as oil demand rose and the pandemic receded, resulting in the North American retail unit standing out as the growth star. 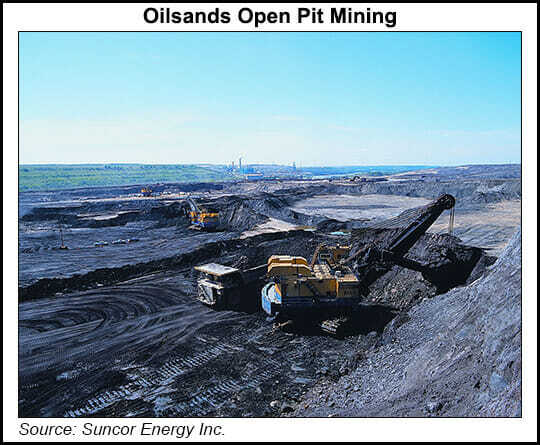 Maintenance turnaround projects, which limited production and sales by the refineries and oilsands operations during 2020 and early this year, also have been mostly completed to pave the way for improving performance.

“We’ve ramped up our assets and are positioned for a strong second half of 2021,” said President Mark Little in announcing results for the first six months of 2021.

The company also plans to spend around C$500 million ($400 million) or 10% of its annual C$5 billion ($4 billion) capital budgets for greenhouse gas reduction initiatives such as clean power investments and carbon capture and storage.

However, output at the Fort Hills oilsands mine has been reduced to 45,000-55,000 b/d from 65,000-85,000 b/d. Fort Hills was built to have capacity to produce nearly 200,000 b/d. The mine’s operations at current production levels are set to remain through most of this year then transition toward full production in early 2022. Suncor had initially planned to transition to operating the two-train system  at normal rates during the third quarter.

“With the lifting of many restrictions in July, gasoline and diesel demand is estimated to have improved to 6% below the comparable 2019 levels,” said the management team. At the end of June, refineries were running at 94% of capacity.